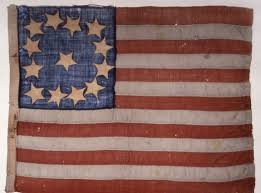 Independence Day, also known as the Fourth of July, is an important holiday here in the U.S. We commemorate our freedom, achieved through the adoption of the Declaration of Independence, from the former rule of our country by Great Britain.

It has long been our pride to point to the freedom our democratic form of government provides, giving each and every one of us the opportunity to control (to some extent) our own destinies.

This is a lofty ideal, arrived at through the blood, sweat, tears and sacrifices of a nation, along with the deaths of about 25,000 Americans, during the American Revolutionary War.

For a personal tie, during a recent vacation to Washington, D.C., I was able to view some of the 14 statues placed throughout the city to commemorate the heroes of the American Revolution: George Washington, naturally, but also John Paul Jones, Edmund Burke and five European officers who aided the American cause.

With all this pride in our country and our forebears, is it ironic that we celebrate this hard-won freedom by having picnics and shooting off fireworks? What was a radical, revolutionary concept more than 230 years ago has become a stylized party and an opportunity for family reunions.

I was pleased to read that our modern-day fireworks display has its root on the first Independence Day celebration, in 1777. In Philadelphia, 13-gun salutes were offered, along with toasts, speeches, parades and fireworks. This was in keeping with a desire, expressed by John Adams in a letter to Abigail Adams, that we commemorate the occasion “with pomp and parade, with shews [sic], games, sports, guns, bells, bonfires and illuminations from one end of this continent to the other from this time forward forever more.”

So, really, we’re just upholding a long-standing tradition for Fourth of July celebrations. Enjoy your fireworks! Enjoy time with family and friends, having picnics, and taking part in outdoor activities.

Those of us in PennWell’s Hydro Group will be using this holiday to take a well-deserved and needed break from the intense preparations for HydroVision International 2014, coming up in just two(!) short weeks in Nashville, Tennessee, USA.

But once we’re back in the office next week, we’re going to hit the ground running to make that final sprint. And we’ll be rested and recharged and ready to see all of you in Nashville.

P.S. If you haven’t had a chance, check out the slide show on our home page with a 20-day countdown to HydroVision International. Slide 14 is my favorite so far!