More
Home Blogs Giving honor where it is due 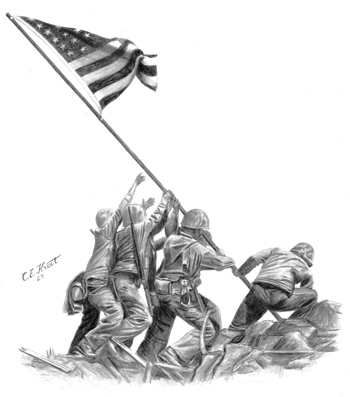 As all of us in the Hydro Group gear up for HydroVision International (a little than a month to go!), I am personally looking forwarding to attending for the very first time.

I’ve learned so much about the event from behind the scenes over the last 11 months, and am excited for all of you to see what we have put together for you this year. The technical paper and panel presentations are top notch, as are the plant tours, one of which I’m happy to go on with you!

There is so much to see and do at HydroVision with all of the co-located events and networking opportunities, but one feature I wanted to highlight that I love about our event is the Wall of Honor.

For those who have not yet seen it, the Wall of Honor is a traveling memorial that honors our nation’s prized veterans in the energy industry at each of PennWell’s energy events. The Wall stands as an ever-growing tribute to our wonderful servicemen and women, regardless of branch, current duty, or rank. The Wall displays the name, branch, and company of each individual honored.

As the granddaughter of two Korean war veterans, and a lifelong student of American military history, this memorial hits a soft spot in me, as it does for so many in the United States and the electric power industry.

As I’ve traveled and met with so many of you, I’ve noticed the intense brother and sisterhood of the hydropower industry, and the strong connection between you all. Seeing the number of hydro professionals that have served our country and defended our freedom cements that bond even more so.

In my studies of military history, an important common denominator tying soldiers together across lines of rank and branch is the intense bond of loyalty and sacrifice that characterizes a member of the United States military. This bond saved many a life on the battlefield and front lines of war, and makes these vets the high quality employees that now fill the ranks of the hydro industry and larger electric power industry.

That is a characteristic that we at PennWell and HydroVision International feel should be honored. Not only is our own CEO, Robert Biolchini, a Vietnam-era vet, Senior Vice President Richard Baker of our Power Group has a son who served two tours of duty for the United States Air Force in Iraq. Our ties to the military are strong and something we feel is important to celebrate and remember.

The Wall of Honor first debuted as a way to honor and pay tribute to these amazing men and women in December 2011 at PennWell’s POWER-GEN International event in Las Vegas with nominations submitted online by vets and their family members throughout the United States. The Wall will be shown at HydroVision International with even more names and soldiers to honor and remember for their sacrifice.

While the nominating process has ended for this year’s HydroVision International, nominations are still open for POWER-GEN International in November 2013 at http://www.power-gen.com/wall-of-honor.html.

Please be sure to come by and see the Wall in Denver and pay tribute to your fellow Americans and industry members for their valiant and loyal service to our country.