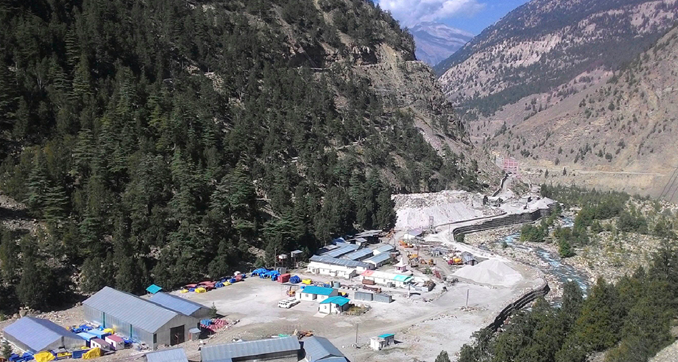 Statkraft has acquired the 100-MW Tidong hydropower project under construction in India, saying this is in line with the company’s strategy to develop renewable energy generation.

Tidong, on the Tidong River in Himachal Pradesh, is about 60% complete Statkraft says. The company also says there is a possibility for further expansion of the site’s capacity, which will be evaluated.

The transaction is an acquisition of 100% of the shares in NSL Tidong Power Generation Private Limited, but the total value of the transaction was not released.

Construction work on the facility will resume immediately after closing of this transaction, and the remaining work is expected to be completed in about two years.

Statkraft says it has “extensive industrial experience from hydropower in India,” citing its 49% share in the 108-MW Malana and 192-MW Allain Duhangan hydro facilities.

“We are very pleased to announce this deal, which positions Statkraft well for further growth in India, a core market for Statkraft,” said Jurgen Tzschoppe, executive vice president of Statkraft.

India’s electricity demand is growing rapidly, with total electricity consumption of 1,210 TWh in 2017 and demand growth of 6.5% per year.

In December 2017, Statkraft announced it was exiting the offshore wind industry to focus on growth in renewables, including hydropower.

In 2013, we announced that the Tidong project would be built using US$5 million in funding from the International Finance Corporation, an affiliate of the World Bank, and a US$30 million equity investment from the Asian Development Bank.

At that time, the powerhouse was reported to contain two 50-MW turbine-generator units supplied by Alstom India.