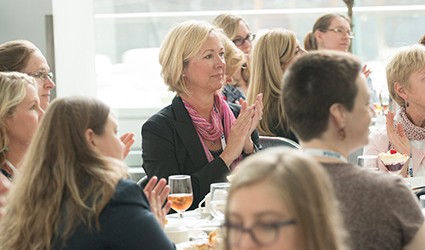 PennWell’s Hydro Group is pleased to announce the fifth class of recipients for its Women with Hydro Vision award.

The Women with Hydro Vision awards program was designed to honor the most influential women in hydropower for their accomplishments and contributions to the industry.

This year’s honorees include:

In her role at BPA, Janet — a registered professional engineer — is responsible for power and transmission services; environment, fish and wildlife; customer support and information technology. She also oversees BPA’s new Business Transformation Office and serves as a senior advisor to the U.S. Department of Energy.

She was also instrumental in managing the “Class of 1993” licensing peak and pioneered the first alternative licensing process, first integrated licensing process and FERC’s first original marine and hydrokinetic project. Jennifer was also an advocate for pumped storage and small hydro, and contributed to a number of initiatives including the Interagency Hydropower Committee, Interagency Task Force and Annex IV IEA Ocean Energy Effort.

A luncheon will be held June 27 in their honor during HydroVision International 2018, which takes place June 26-28 at the Charlotte Convention Center in Charlotte, N.C.

To register to attend the luncheon, visit HydroEvent.com.