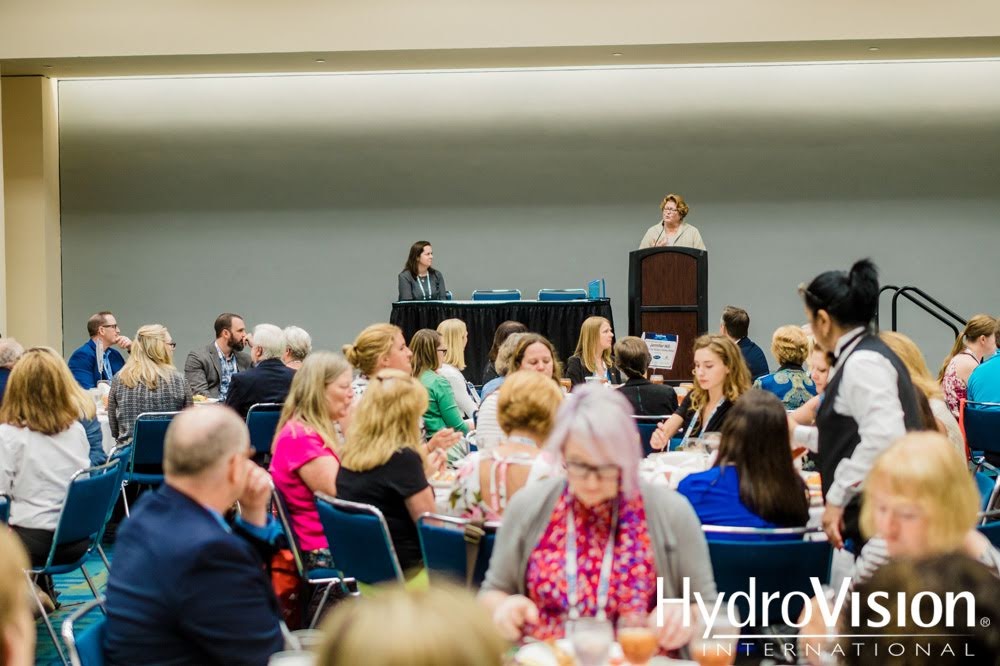 This year’s honorees are:

Kellie Donnelly, Chief Counsel, U.S. Senate Energy and Natural Resources Committee. Donnelly has more than 25 years’ experience in the government, energy and environment sectors. She joined the Committee on Energy and Natural Resources of the U.S. Senate in 2003 and serves as the majority Chief Counsel. In this position, Donnelly provides counsel on all energy policy and federal land management issues within the Committee’s vast jurisdiction. She has a particular focus on electricity, renewable energy, and cybersecurity issues. Donnelly has led on hydropower legislation, including the hydropower relicensing reforms contained in the Energy Policy Act of 2005, the Hydropower Regulatory Efficiency Act of 2013, and the Bureau of Reclamation Small Conduit Hydropower Development and Rural Jobs Act of 2013. She also worked on the marine and hydrokinetic renewable energy technology provisions contained in the Energy Independence and Security Act of 2007. In the 115th Congress, Donnelly negotiated the inclusion of a number of hydropower-related measures in the American Water Infrastructure Act of 2018, which became public law.

Prior to serving on the Committee, Ms. Donnelly was an attorney with Sullivan & Worcester, LLP (previously affiliated with Verner Liipfert). She also previously worked as Counsel at the U.S. Department of the Interior and Counsel to the U.S. Senate Committee on Environment and Public Works.

Helen Locher, Independent Consultant. Locher has a long history of contribution to advancing hydropower sustainability at both a local and global scale. Alongside developing and leading social and environmental programs for Hydro Tasmania (from 1997 to 2015), Locher contributed to development of the International Hydropower Association’s (IHA) Hydropower Sustainability Assessment Protocol, led development of a website for sustainable hydropower knowledge sharing, coordinated the global Hydropower Sustainability Assessment Forum, and developed training materials for the 2010 Protocol.

As an independent consultant since 2015, Locher continues to undertake Protocol assessments globally, as well as sustainable hydropower-related assignments for development banks, river basin organizations and private companies. She most recently authored IHA’s Sustainable Hydropower Guidelines for Good International Industry Practice. In 2015, Locher was honored with the IHA’s Mosonyi Award for excellence in hydropower, recognizing her globally significant contributions to advancing sustainable hydropower.

Meushaw counsels clients on a range of issues arising under the Federal Power Act, as well as the National Environmental Policy Act, the Clean Water Act, the Endangered Species Act, and other federal and state environmental requirements. She has extensive licensing experience with large and complex hydroelectric projects and helps clients manage every aspect of their projects, including by advising them on license compliance matters relating to natural resources, recreation, dam safety and other regulatory issues. Clients also turn to Meushaw for guidance on hydropower project development and transactions.

Sarah Verville, Retired Senior Consultant, TRC Companies. Verville recently retired after having worked in hydro licensing for more than 30 years. She started her hydropower career as in-house counsel for Central Maine Power Company, managing all legal issues related to CMP’s 30 hydropower projects, the majority of which underwent some sort of licensing procedure during her 12-year tenure. After CMP divested its generation assets, Verville joined the consulting firm of Longview Associates, helping to manage relicensing proceedings in New England and the southeast U.S. She returned to the practice of law at a firm in Portland, Maine, representing hydropower clients in administrative and legal proceedings, before spending the past 10 years at the consulting firm of TRC Companies.

During her hydropower career, Verville was active in numerous industry rulemaking and legislative initiatives. She was an active participant in the National Hydropower Association, serving on the regulatory affairs committee and its Board of Directors, as well as helping kick off and implement NHA’s regional meetings program.

A luncheon will be held July 24 in their honor during HydroVision International 2019, which takes place July 23-25 at the Oregon Convention Center in Portland.

To register to attend the luncheon, visit HydroEvent.com.