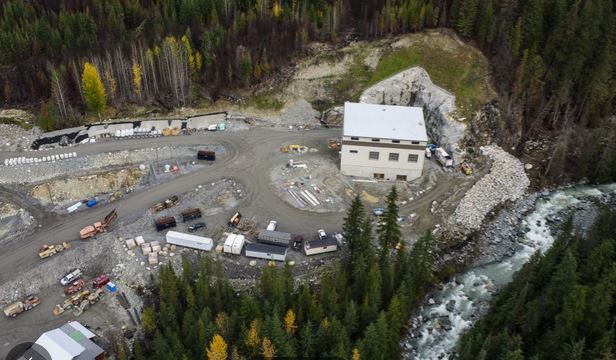 Construction on the facility began in 2013 and the commercial operation date certificate delivered to BC Hydro indicates an effective commissioning date of May 16, 2017, Innergex Renewable Energy says. Boulder Creek is expected to produce 92,500 MWh of electricity annually.

Innergex owns a 66.7% interest in the hydro project and Ledcor Power Group Ltd. owns 33.3%. Innergex holds 100% of the preferred shares in the two facilities and therefore receives almost all of the cash flow generated. In its first full year of operation, Boulder Creek is expected to generate revenues and adjusted EBITDA (earnings before interest, taxes, depreciation and amortization) of about $9 million and $7.5 million, respectively, according to a press release from Innergex Renewable Energy. All of the electricity produced is covered by a 40-year fixed-price power purchase agreement with BC Hydro.

“We are extremely proud to announce the commissioning of the Boulder Creek hydroelectric facility, our 18th hydroelectric facility in British Columbia. BC is blessed with an abundance of hydro resources that remain largely untapped and our track record shows that when developed properly, we can generate clean and affordable electricity for British Columbians while helping the province and the country achieve their climate change goals,” stated Michel Letellier, president and chief executive officer of Innergex Renewable Energy.

For more details on the two facilities, click here.