Rising global temperatures are accelerating glacial melting and changing the operational regime of hydro stations fed by glacial waters. We must adapt projects and systems to these changing conditions. 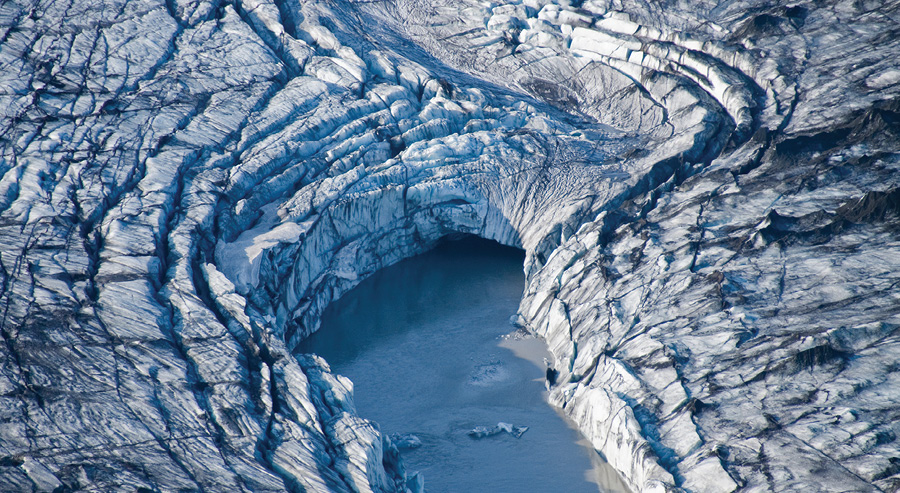 Melting of glaciers, as a result of climate change, is altering the way Icelandic utility Landsvirkjun operates its existing hydro projects and plans future developments.

In some cases, the existing hydropower resources are resilient enough to cope with changes in flow rates, water availability and electricity demand, if these issues are addressed with careful management strategies.

In other cases, however, changes in management practices will not be enough. For example, a common problem could be that the storage capacity of the reservoir and/or installed capacity of the hydroelectric power plant are too small to handle significantly larger volumes of water. In these cases, asset modifications are required. However, to date, only a few companies around the world have justified asset modifications of this type to take advantage of the opportunities or to mitigate the risks associated with climate change.

Iceland as a case study

Iceland generates both electricity and heating from a 100% renewable energy system. This was achieved through a planned transition from fossil fuels over the past half century.

Combining estimates of historical temperature and precipitation trends with projected future climate trends and the future shape of the Icelandic glaciers, Landsvirkjun created different sets of flow scenarios for the current period and for future periods up to 2050.

The flow scenarios were created by calibrating conceptual precipitation—runoff models with historical records. The scenarios are updated every five years using the latest hydrological models and climate scenarios.

Let’s consider the 2010 to 2015 scenario, which was created in 2010 for operational use. In this scenario, not only did the flow rate of certain glacial rivers increase, but the seasonal distribution of flows was also significantly altered. The current power system was able to use 85% of the increased flow by raising the annual generating capacity by 8%. This was achieved through modified reservoir management strategies.

Looking at the future scenarios up to 2050, the volume of the inflows will increase by an additional 15% with respect to 2010. The existing power system can only use 30% of that increase. The rest is expected to be discharged through spillways.

This is because the existing power system is already seeing higher utilization than was expected at the time these stations were designed. The installed capacity of the existing system and reservoir storage will both need to be increased to make better use of the higher flow rates.

After 2080, flows will start to decrease again due to smaller glaciers, and by 2200 glaciers are expected to have disappeared. Thus the system will rely on precipitation events with more even seasonal distribution than today’s short glacial melting season.

The issue of climate change is a matter of great importance to Landsvirkjun and research on climate change is an intrinsic part of our operations. It took time to build this awareness at the company, but the results are important. Studying climate change gives us the information we need to make sound decisions on future investments.

For example, a decision has been made to expand the 270-MW Burfell hydropower project’s installed capacity by 100 MW, with a design that would also facilitate a further 40 MW in additions in the future.

Climate change mitigation and adaptation have to go hand in hand. By building resilience into Iceland’s national power system, it can continue to provide clean and renewable energy, mitigating greenhouse gas emissions.

About 77% of all electricity generated in Iceland goes to power-intensive industries. This makes Iceland the largest generator of electricity in the world per capita, even though more than 90% of space heating uses geothermal resources directly.

This is why it is important to adapt to a changing climate and take advantage of opportunities for increased power generation. Through combined effort, where dependence on fossil fuels is reduced, some of the expected climate change impacts can be mitigated.

Dr Oli Sveinsson is executive vice president of research and development at Landsvirkjun, the National Power Company of Iceland.

This article was based on a policy brief, Energy in Iceland: adaptation to climate change, published by the United Nations University Institute for Integrated Management of Material Fluxes and Resources (UNU-FLORES).

Editor’s Note: This article originally appeared on the website of the International Hydropower Association and is reprinted here with permission.