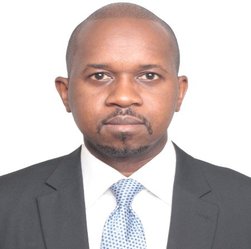 African Development Bank (AfDB), which manages the Sustainable Energy Fund for Africa (SEFA) that includes funding hydropower projects, has appointed Ousseynou Nakoulima as its director for Renewable Energy and Energy Efficiency, according to an AfDB press release.

The appointment is effective April 2017 at AfDB, which is located in West Africa at its headquarters in Abidjan, Cà´te d’Ivoire (Ivory Coast).

Nakoulima is from Senegal and holds a Master of Business Administration from U.S.-based Harvard University Business School, and master’s degrees in engineering and applied mathematics from Ecole Polytechnique and Ecole des Mines based in France.

According to the release, Nakoulima has 15 years of experience in energy, climate change, international banking and financial sector development.

Since 2004, Nakoulima has served as director at the Green Climate Fund (GCF) in South Korea.

As part of the United Nations Framework Convention on Climate Change, GCF is a mechanism to assist developing countries in adaptation and mitigation practices to counter climate change. As member of the GCF senior management team, his responsibilities included developing global partnerships, country strategies and project preparation support, according to AfDB.

AfDB President Akinwumi Adesina, in the release, said, “I am delighted that Ousseynou is joining the Bank. He brings global experience on developing and managing programs and partnerships for driving renewable energy, from his work at the Green Climate Fund. His extensive experience in renewable energy, power and infrastructure, climate change, development finance and investment banking will be great assets to the Bank as it drives the agenda on renewable energy and energy efficiency in Africa.”

Earlier this month, HydroWorld.com reported SEFA announced it approved a US$992,000 grant for the 7.8-MW Mutunguru hydropower project located on the Mutonga River in Meru County, Kenya.

The project developer, Mutunguru Hydroelectric Company Ltd. received the grant to support the project’s technical assistance to procure professional services in legal and financial advisory consultancy, according to the AfDB.