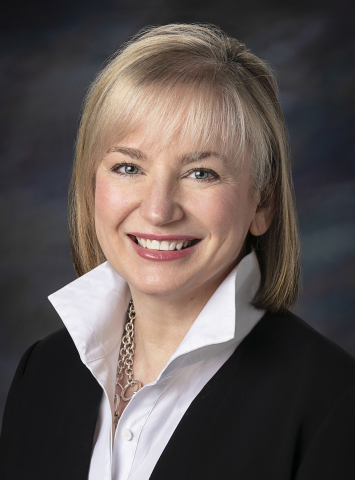 To support an orderly transition, Hodnik will serve as executive chairman of the ALLETE Board of Directors and will be involved with Owen, the board and executive leadership until his retirement from the company and the board in May 2021. At that time, at age 62, Hodnik will have dedicated 40 years of service to the company.

“[This] announcement reflects a thoughtful succession plan by ALLETE directors, including the Board’s commitment to a smooth handoff, and demonstrates our immense confidence in the outstanding leadership of Bethany and Al,” said Heidi Jimmerson, ALLETE Board lead director. “Bethany’s compassionate and strategic leadership and focus on sustainability in all its forms are well-suited to continue ALLETE’s industry leading energy transformation. Bethany consistently demonstrates leadership grounded in company values while acknowledging the value of diverse stakeholders from across the nation ALLETE proudly serves each and every day.”

As part of the board’s succession plan, Owen, a 17-year veteran of the company, was named president of ALLETE and a board director in January 2019 and has been overseeing the development and execution of ALLETE’s growth strategy and the operations of its four operating divisions: ALLETE Clean Energy; Minnesota Power; Superior Water, Light and Power; and BNI Energy.

Owen, 54, joined the company in 2002 as an attorney and has extensive leadership experience in legal, human resources, corporate governance and utility operations in her many previous roles. She served as the director-transmission regulatory compliance and business support from 2009 to 2010. From 2010 through 2016, Owen served as president of Superior Water, Light and Power. In 2012, she was named vice president-Minnesota Power, and in 2014 she also became vice president-ALLETE Information Technology Solutions. In 2016, Owen was appointed ALLETE senior vice president and chief legal and administrative officer and corporate secretary.

“I am humbled and excited to lead ALLETE and its incredible team of talented and dedicated employees,” Owen said. “I am grateful to the Board of Directors for their trust in me and to Al Hodnik for his leadership of this great organization. I look forward to working closely with the Board, the leadership team and all of our amazing employees as we serve our customers with excellence, while growing ALLETE in these transformative times.”

Hodnik has been with ALLETE since 1981 and was appointed president in 2009. He has served as CEO since 2010 and chairman since 2011. Hodnik and his teams are credited with leading the company through an era of tremendous company and energy sector transformation. Under his leadership, ALLETE experienced considerable growth and further diversified with the creation of ALLETE Clean Energy, Minnesota Power transformed its fleet from 95% coal to nearly 50% renewable energy, and the company navigated a planned but sizable workplace transition.

“Al has charted a successful course for ALLETE while answering the call to transform the nation’s energy landscape,” Jimmerson said. “From fleet transformation, investments in clean energy and grid resiliency, to thoughtfully handling a major transition in the company’s workforce, Al’s visionary, passionate and right results-right way leadership style and innate ability to adapt to asymmetrical change has positioned the company well for future success. Al simultaneously fostered a strong employee culture and a balanced approach that has served ALLETE stakeholders well during a period of great change.”

Hodnik is speaking during the opening keynote session of HYDROVISION International 2020 this July in Minneapolis, Minn., U.S. Minnesota Power is a host utility for this world’s largest hydro industry event.

Before joining ALLETE, Owen worked for four years in the U.S. Senate , with the U.S. Senate Committee on Rules and Administration and in the office of former U.S. Senator Richard G. Lugar of Indiana. She also has experience in the telecommunications and food industries. She received her law degree from the University of Minnesota Law School.