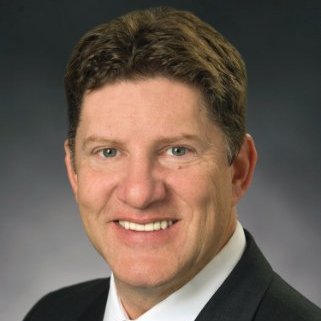 The Tennessee Valley Authority’s business structure and the public power model continue to provide the greatest value to the 10 million people in TVA’s seven-state service area, according to an independent assessment presented to the TVA Board of Directors at its quarterly business meeting.

Building on an earlier strategic review in 2014, the board commissioned Lazard to reassess TVA’s performance through 2020 and determine if its current business model is a reasonable approach to fulfilling TVA’s mission in the future.

Lazard’s new report says TVA’s financial performance has been notably strong against both its own plan and the performance of other utilities, including reducing operating and maintenance budgets by $800 million and reducing debt below the $21.8 billion target three years ahead of plan. In addition, TVA’s improved business performance has enabled a reduction in effective wholesale power rates from those 10 years ago, a higher level of renewable energy production than its southeastern U.S. peers and stronger partnerships with local power companies that allowed for a rapid community response to the COVID-19 pandemic.

“Just as it did in 2014, Lazard’s assessment concluded that the public power model works and continues to provide the best value to the communities and customers we are privileged to serve,” said Jeff Lyash, TVA’s president and chief executive officer. “This independent report validates the effort and focus of the entire TVA team, as well as public power partners across the region.”

The effectiveness of TVA’s business model was also supported as part of an independent review of CEO compensation that was discussed at the meeting, TVA said. The review by the FW Cook firm concluded that the board’s compensation process is best practice and, with expanding inclusion of government agencies and non-profit entities, uses the most relevant market data to be consistent with requirements of the TVA Act.

In August 2020, then-U.S. President Donald Trump ordered TVA to replace Lyash with a new CEO who “puts the interest of American workers first.” He said Lyash “is ridiculously overpaid,” earning $8 million a year, making him “the highest-paid government official of any country anywhere in the world.”

“Public service is just that: Those who takes these jobs must be focused on the public good, not on personal profit,” Trump said. He asserted the new CEO be paid no more than $500,000 a year. He said the board “must work to ensure the CEO does not receive a lavish compensation package upon his departure, too.” Trump wanted the savings, in the form of the CEO’s much lower salary, to go to the people of the states in TVA’s service territory, in the form of energy savings.

“TVA’s compensation must be market-driven and competitive with for-profit utilities since we are all seeking to attract talent from the same limited pool of individuals who have the unique skills and experience to be successful leading a complex organization like ours,” said John Ryder, TVA Board chair. “The board’s goal is to balance providing market competitive compensation while recognizing TVA’s conservative CEO compensation philosophy, which reflects the company’s federal agency status and its mission as a service-oriented organization.”

TVA is a corporate agency of the U.S. that provides electricity for business customers and local power distributors serving nearly 10 million people in parts of seven southeastern states. TVA receives no taxpayer funding, deriving virtually all of its revenues from sales of electricity. Of the 73 generating sites TVA owns, 29 are conventional hydroelectric plants and one is a pumped storage facility. In FY2020, hydro accounted for 10% of TVA’s overall electricity generation.