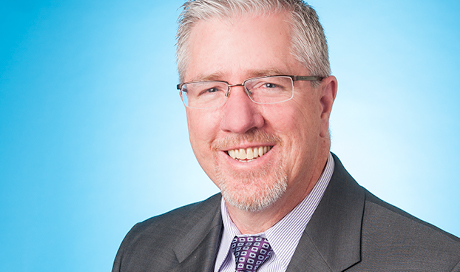 The Bonneville Power Administration has named Joel Cook to be its new chief operating officer.

Cook will be responsible for the agency’s power and transmission services, as well as its Environment, Fish and Wildlife and Customer Support Services organizations. He will also oversee the Business Transformation Office and play a critical role in BPA’s focus on disciplined cost-containment, grid modernization and customer responsiveness. Cook’s focus as COO will be on enhancing BPA’s competitiveness as the agency approaches negotiations for new long-term wholesale power contracts with its 142 Northwest electric utility customers.

“As the head of Power Services, Joel has been on the front lines of our cost-control efforts,” said Administrator and Chief Executive Officer John Hairston. “His leadership and experience will serve the agency and our utility customers well as we explore new energy markets and look for opportunities to maximize the value of the federal power and transmission systems.”

Cook formerly was BPA’s senior vice president of power services since June 2017, responsible for the acquisition and sales of wholesale and bulk power; generation asset management of the federal hydropower system and one nonfederal nuclear plant; energy efficiency; and management of wholesale power contracts and rates.

Cook came to BPA from Talen Energy in Pennsylvania, a large independent power producer. Before that, he worked for PPL, an electric and gas utility based in the Northeast. Cook began his career with the Montana Power Company and has spent his entire career in the energy and electric utility industry. He has an MBA from the University of Montana and a bachelor of science in petroleum engineering from the Montana College of Mineral Science and Technology.

“Suzanne has been a pillar of our power management team for 17 years,” said Hairston. “Her creativity, market expertise and leadership will help us adeptly navigate the evolving energy landscape.”

Cooper has served as BPA’s vice president of bulk marketing within its power business line since 2011, overseeing the agency’s power trading floor, scheduling, pricing, market analysis, long-term surplus sales and purchases, and associated contract support and transaction settlements functions. She holds a bachelor’s degree in economics from Lewis and Clark College in Portland.

Ecuador to invest US$140 million in protection work for 1,500-MW Coca Codo Sinclair