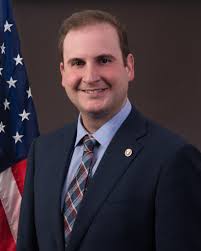 In a Twitter post, Pugliese said, “Grateful to Kevin McIntyre and @FERChatterjee for their confidence and friendship. With their support, I think we made a tremendous amount of progress at @ferc that has and will promote the best interest of the American people!”

Before joining FERC, Pugliese served as Senior White House Advisor for the United States Department of Transportation. In that position, he aided in the planning and development of President Donald Trump’s infrastructure package.

Before his time at USDOT, he was a consultant on energy issues involving solar, oil and natural gas at Pugliese Associates. He also served a stint as Director of Legislative Affairs for former Pennsylvania Gov. Thomas Corbett and as a member of the Pennsylvania Marcellus Shale Commission.