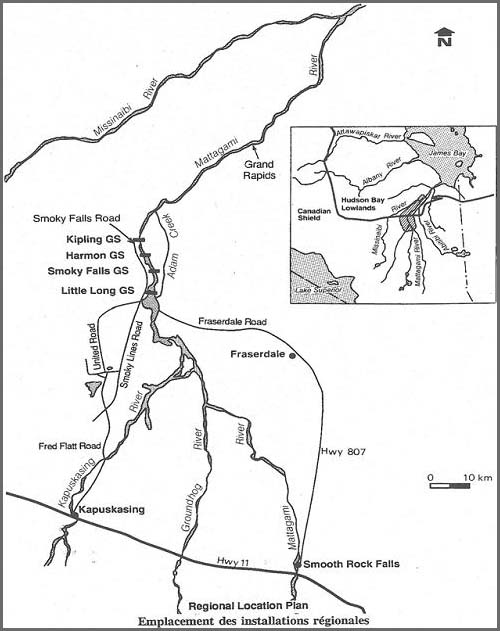 Total capacity has increased from 486 MW to 924 MW at four fully operational redeveloped hydroelectric projects on the Mattagami River, according to Ontario Power Generation (OPG), thanks to the newly commissioned US$2.2 billion Lower Mattagami hydroelectric project in the Moose River Basin of northeastern Ontario, Canada.

As part of the Amisk-oo-Skow Comprehensive Agreement, the Moose Cree First Nation people will own a 25% equity stake in the project, which is one of the largest hydroelectric rehabilitation efforts in the area during the past 50 years.

Through its Moose Band Development Corp. (MBDC), Moose Cree First Nation entered into the agreement in 2010 with OPG, the project’s developer and local utility. OPG receives the remaining 75% of equity.

According to OPG, “Moose Cree businesses have also been awarded over C$300 million [US$2.5 million] worth of sub-contracts since the project began [in 2010] and, at peak construction, 1,600 people worked on the project including more than 250 First Nation and Métis workers.”

Three hydroelectric powerhouses along the 418-km-long waterway: 138-MW Little Long, 142-MW Harmon and 154-MW Kipling each operated two turbine-generators, commissioned during the 1960s. In receiving an additional unit, they are now three-unit powerhouses. The additional unit increased plant capacity by more than 50% per station to 205 MW, 220 MW and 232 MW, respectively.

As part of the project, OPG also redeveloped Smoky Falls by adding a new three-unit powerhouse that replaced the 50-MW powerhouse originally commissioned in the 1930s. Spruce Falls Power and Paper Co. built the original scheme during the heyday of print newspapers to power the electric grid at its Kapuskasing pulp and paper mill, of which the New York Times was a long-time mill co-owner.

Smoky Falls also has a new concrete gravity dam, 200 meters in length. The scheme includes headworks and the powerhouse section in the river channel. From this, gravity sections extend to the earthen dam on the west bank, then on to the original Smoky Falls Dam, and finally to a 381-meter-long spillway on the site’s east bank.

The project represents an important growth factor in Northern Ontario.

According to Minister of Energy and Infrastructure Brad Dugald, the project positions the north for a leadership role in developing a sustainable provincial energy supply and creating economic opportunities for Aboriginal peoples.