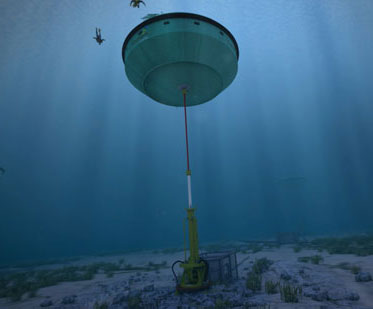 The plant — called the Garden Island Microgrid Project — will combine an existing 1 MW CETO 6 wave energy unit previously installed by Carnegie earlier this year with a 2 MW solar array 2 MW battery storage system. The Fremantle-based company said the project will also include an augmentation to a grid connection with support from utility Western Power.

“The Garden Island Microgrid Project will be the first time anywhere in the world that wave energy will be combined with solar and batteries in a microgrid configuration,” said Carnegie managing director and CEO Dr. Michael Ottaviano. “The demonstration of this microgrid project will help drive the commercialization of CETO and will be a model we will roll out to island nations around the world.”

Construction is scheduled to begin by the end of this year and will be commissioned in the first half of 2017, according to Carnegie, and is designed to operate in modes both supplying to Western Australia’s grid and in an “islanded” mode isolated from the grid.

Disbursement of the ARENA funding is conditional on the completion of detailed designs, and the awarding of engineering, procurement and construction and operations and maintenance contracts, approval and permitting, and a power off-take deal with Australia’s Department of Defence.

“We look forward to completing the outstanding elements of the project, including final approvals, construction award and power offtake in order to commence the project as soon as possible,” Ottaviano said.

In November 2015, Carnegie and Commonwealth Bank of Australia completed a financing deal for a five-year $20 million loan facility, replacing the existing loan facility Carnegie had with CEFC.

According to Carnegie, wave resources in Western Australia, which has a population of about 2.5 million, are the best in the world