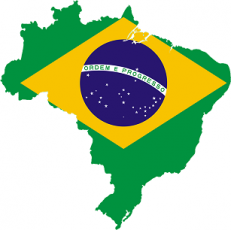 Brazilian construction firm Cesbe has been awarded a contract to complete civil works at the 700-MW Sao Manoel hydropower plant.

Developer EDP Energias do Brasil did not disclose the monetary value of the deal, but said the announcement comes after previous constructor UTC Engenharia S.A. and its subsidiary, Constran, had completed terms of a prior contract.

Both UTC and Constran have been investigated as part of Brazil’s “Lava Jato” anti-corruption probe, though it is unclear whether the companies’ connections to the probe was the cause for them not being retained.

HydroWorld.com reported in August 2014 that Brazil’s Institute of the Environment and Natural Resources, Ibama, had approved an installation permit for Sao Manoel.

The project is being developed by a joint venture called Terra Nova, which is owned in equal thirds by EDP Energias do Brasil, state-owned utility Furnas and China’s CWE Investment Corp. The group won a 30-year operating concession for the plant in an A-5 power auction in December 2014.

Sao Manoel is located in Brazil’s western Mato Grosso state on the Teles Pires River. Work on the project is more than 80% complete and expected to be finished by the end of the year.