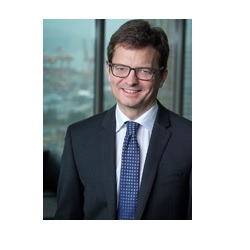 O’Riley was appointed president and COO in July 2017 after BC Hydro’s Board of Directors consolidated leadership, appointing Ken Peterson to the role of executive chair. With this latest change, Peterson will take on the role of board chair, focusing on strategy and board development.

O’Riley started with BC Hydro in 1990 as an engineer-in-training. His roles since have included working with customers, leading operations and overseeing capital projects. He has been a member of BC Hydro’s executive team since 2007 and was appointed deputy CEO in 2015.

Peterson was appointed executive chair in July 2017. His 40-year career spans a wide range of duties in the electricity industry, including CEO of Powerex (the marketing and trading subsidiary of BC Hydro) from 1994 to 2005.

This governance change is effective immediately.

BC Hydro is a Crown corporation, owned by the government and people of British Columbia. Its job is to generate, and to purchase, reliable, affordable electricity for its customers. BC Hydro generates and delivers electricity to 95% of the population of the province and serve over 4 million people. The company has 31 hydroelectric generating stations.