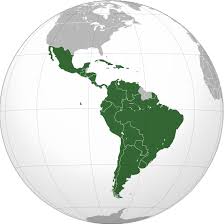 This is a prediction from BNamericas, using its project database. Citing the “unstoppable wave of renewable energy in Latin America,” BNamericas said for each gigawatt of thermoelectric power coming online next year, there will be 0.92 GW generated by non-conventional renewable energy plants (solar, wind, biomass and geothermal).

Adding hydroelectric generation to this formula (hydro is not classified as a renewable in some Latin American countries), the added capacity that does not come from fossil resources will be 14.5 GW, compared to 9.9 GW from thermoelectric plants.

BNamericas focused on projects worth at least US$50 million that will come into operation next year.

Finally, by country, BNamericas says the largest solar activity will be seen in Mexico, followed by Chile, while the largest wind capacity will be in Argentina, followed by Mexico. The other generating technologies discussed above were not included in this data.