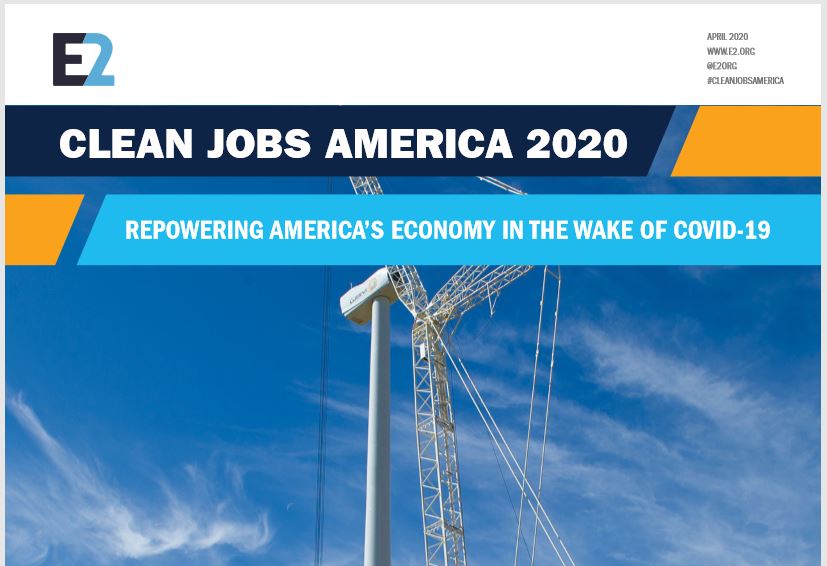 More than 106,000 U.S. clean energy workers lost their jobs in March 2020, and hundreds of thousands more job losses are projected in the coming months. That’s according to an analysis released today by E2 (Environmental Entrepreneurs), the American Council on Renewable Energy (ACORE), E4TheFuture and BW Research Partnership.

The analysis of Department of Labor data found that 106,472 workers in clean energy occupations filed for unemployment benefits last month, wiping out all 2019 clean energy job gains across renewable energy, energy efficiency, clean vehicles, energy storage and clean fuels. Clean energy has been one of the U.S. economy’s biggest and fastest-growing employment sectors over the past decade, growing 10.4% since 2015. According to a separate report released today by E2, U.S. clean energy jobs increased to nearly 3.4 million at the end of 2019.

The report’s employment totals include what it calls “low-impact hydro,” although the definition of that term is not provided. Low-impact hydro accounted for 12,304 jobs in the fourth quarter of 2019.

“This analysis quantifies in stark terms the damage COVID-19 is already doing to the renewable energy workforce, and the devastating trajectory we’re facing absent help from Congress. The renewable sector is being hit hard by supply chain disruptions, shelter-in-place orders and other significant pandemic-related delays. To stem job losses, we ask Congress to extend the time-sensitive deadlines faced by renewable projects seeking to qualify for critical tax incentives, and to provide temporary refundability for renewable tax credits that are increasingly difficult to monetize., said Gregor Whetstone, president and chief executive officer of ACORE.

The report says that renewable energy lost more than 16,000 lost jobs, and filings are expected to increase substantially in the coming weeks as solar and wind energy companies struggle with sudden and massive financing issues that are resulting in canceled and delayed projects.

This article was adapted from one that appeared on our sister website Renewable Energy World.