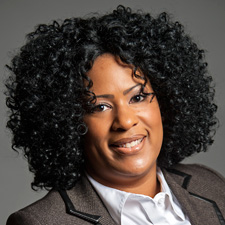 In this position, Thompkins will be responsible for setting and monitoring the company’s diversity, equity and inclusion (DEI) strategy, as well as partnering with leaders across the organization to improve results related to DEI. She also has responsibility for establishing and building relationships with communities and organizations that increase the availability of diverse talent within the company’s long-term talent pipeline.

“Angela has a true passion for her work and is a champion for her co-workers and our company,” said Cathy Hendrian, senior vice president of people and culture at CMS Energy and Consumers Energy. “Angela’s extensive background and wealth of experience helps her understand the unique perspectives we need to build a stronger, more inclusive organization, while ensuring every voice within the company is heard.”

Thompkins serves on several boards, including the Michigan Chapter of American Association of Blacks in Energy, Equality Michigan and the Michigan Roundtable for Diversity and Inclusion.

In 2018, Consumers Energy was ranked 13th on the Forbes list of America’s Best Employers for Diversity.

Consumers Energy, Michigan’s largest energy provider, is the principal subsidiary of CMS Energy, providing natural gas and/or electricity to 6.7 million of the state’s 10 million residents in all 68 Lower Peninsula counties. The company operates 13 hydroelectric plants along five rivers that were built between 1906 and 1935 and shares ownership of the 1,785-MW Ludington Pumped Storage Plant.