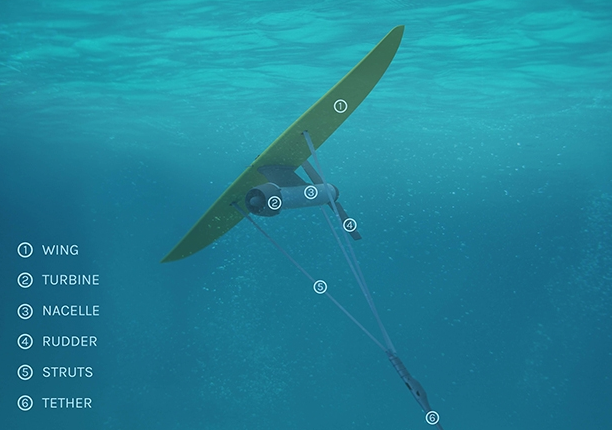 The consortium behind the United Kingdom’s Deep Green tidal energy project in Holyhead Deep has awarded Jones Bros Ruthin Company Ltd. (JBRC) a contract to construct the foundation for a 500-kW generating unit.

On Aug. 15, Minesto said JBRC, which is based in Wales, received the contract award after the original contractor told the consortium in July it could not fulfill its contract.

Foundation installation is expected by 2018 at the site in the southern corner of Holyhead Deep, which is about 6.5 km from the coast of Anglesey Island, located off the northwest coast of Wales.

Minesto holds a lease agreement for a 10 MW installation at Holyhead Deep, but announced in February it intends to scale it up to 80 MW.

Xodus said not only is Deep Green the first low-velocity tidal energy project in the world, Holyhead Deep also matches all site requirements by providing low-flow tidal velocities (1.5—2 m/s mean peak flow) at a depth of 80 to 100 m.

In April, HydroWorld.com reported Minesto received a marine license for the project from Natural Resources Wales.

In May 2014, the European Regional Development Fund awarded the consortium a $14.8 million investment for Deep Green’s commercial rollout, which helped lead to an order with Schottel Hydro to manufacture a prototype unit in April 2016.

“We are well positioned to meet time frames and deliverables towards our public funding partners, to demonstrate the unique advantages of the Deep Green technology and develop this required source of renewable energy,” said Martin Edlund, Minesto chief executive officer.

Minesto said the foundation will be manufactured in an environment adapted for scaled-up production.