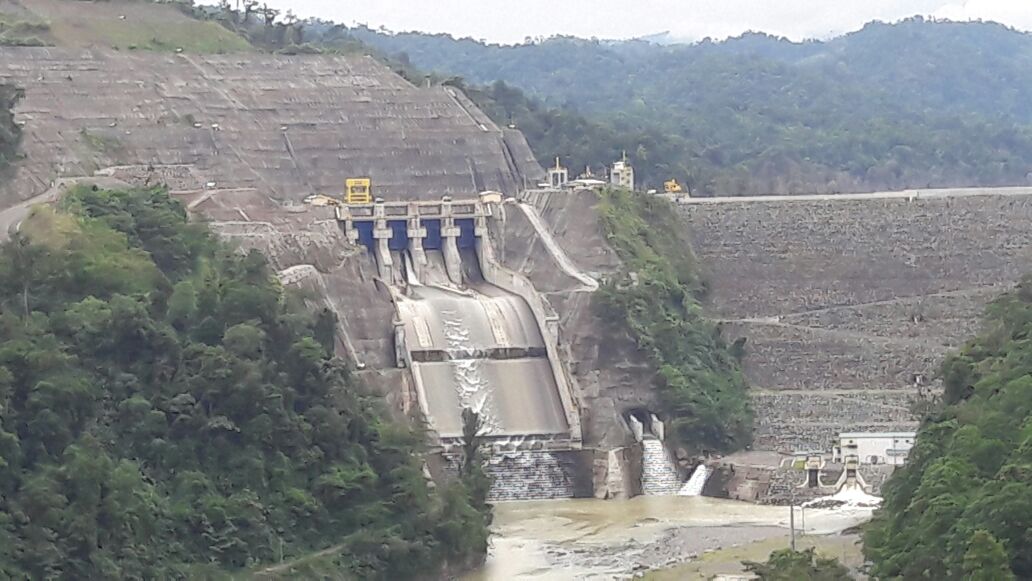 The 305.5-MW Reventazon hydroelectric plant in Costa Rica will be out of operation for three months — February to May 2018 — due to an “intervention plan.”

The Costa Rica Star has reported that the shutdown is required “to fix a ‘strong water leak’ present in the rock massif of the dam’s spillway.” As much as 180 liters of water per second is leaking from the crack, and estimated cost of the repair is US$15.5 million. It is not clear if the cause of the leak has been determined.

Reventazon was inaugurated in September 2016 and thus has been operating less than two years.

In fact, the Costa Rican Electricity Institute (ICE), which operates the Reventazon facility, says this intervention plan began in August 2017 “with the reinforcement in the injections, the placement of additional monitoring points and a detailed geological investigation.” Work began on the construction of a concrete slab and the installation of drying piles in mid-February 2018. Executing this work required dropping the reservoir level below the minimum required for operation of the powerhouse, thus taking the plant offline.

Placement of the active anchors is scheduled for completion in August 2018 and will be carried out with the plant operating.

ICE says that during this work, the country’s “power supply will remain constant, due to the planning and diversification of its generation model.” Costa Rica has significant renewable sources of electricity. In fact, in 2016, the country achieved 150 days of all of its electricity production coming from renewable sources, with hydropower contributing more than 80%. At that time, Reventazon had not been completed but some units were operational.

The Reventazon project, on the Reventazon River in Limon province, cost about US$1.4 billion to develop. It features a dam 130 meters tall that impounds a reservoir with an area of 6.9 square kilometers. The powerhouse contains five turbine-generator units. It is expected to generate about 1,400 GWh of electricity annually, providing about 10% of the country’s total electricity generation.