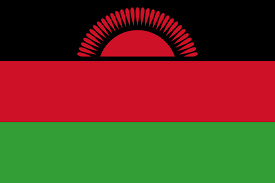 IFC InfraVentures has signed a joint development agreement with the government of Malawi to develop the 258-MW Mpatamanga hydropower project on the Shire River in Malawi.

The agreement, signed last week, is in coordination with the World Bank and with the support of SN Power AS and Power Africa.

According to a news announcement, the Mpatamanga hydro facility will be competitively tendered by the government of Malawi.

The site has long been a focus of interest in the country. Back in 2011, the World Bank said the country’s generation capacity was just 286 MW but peak demand was about 330 MW. The Mpatamanga project was envisioned then, with “a potential capacity of over 100 MW.”

In August 2018, IFC was seeking a specialist developer for the Mpatamanga project.

IFC InfraVentures is a $150 million global infrastructure project development fund that has been created as part of World Bank Group’s efforts to increase the pipeline of bankable projects in developing countries.

This article was adapted from one previously published on the ESI-Africa website.