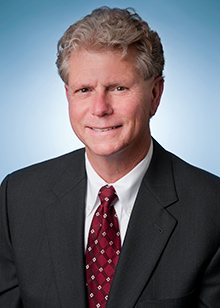 In this role, Drummond will manage the Washington, D.C.-based federal agency and oversee its operations, including the hydroelectric power projects on the Columbia River and one nuclear plant.

Drummond brings 30 years of experience in the energy industry to the position. He has served as deputy administrator of BPA since 2011, a role in which he was responsible for executive management and leadership for the agency. In addition, he oversaw a number of agency departments and functions, including finance, compliance and governance, internal audit, risk management, corporate strategy, public affairs, and general counsel.

“The Bonneville Power Administration is truly fortunate to have Bill Drummond as its new administrator to lead the agency. Drummond has a stellar track record during his time at BPA and throughout his career in the energy sector, and I am fully confident in his ability to provide the highest level of leadership and service to BPA’s customers, constituents, and employees,” says Daniel Poneman, deputy secretary of energy.

On his new position, Drummond commented, “Bonneville represents the best expression of public vision and achievement; collaborative relationships, environmental stewardship and a commitment to operational excellence. I am grateful for this opportunity and look forward to my new role at BPA.”

Before joining BPA, Drummond spent 17 years as the manager of the Western Montana Electric Generating and Transmission Cooperative and also led the Public Power Council, which is an association of publicly owned utilities in the Pacific Northwest.

Throughout his years in the energy industry, Drummond has held a number of leadership roles on committees and task forces, including the Northwest Energy Efficiency Alliance and Task Force, Bonneville Environmental Foundation, Northwest Wind Integration Forum, and committees of the National Rural Electric Cooperative Association and American Public Power Association.

Drummond’s educational background includes degrees in forestry and economics from the University of Montana and University of Arizona, respectively.

The Federal Energy Regulatory Commission recently upheld its ruling that transmission operator Bonneville Power Administration must restrict its practice of curtailing wind generators to make room on the grid for free excess federal hydropower resulting from high river flows in the Pacific Northwest.