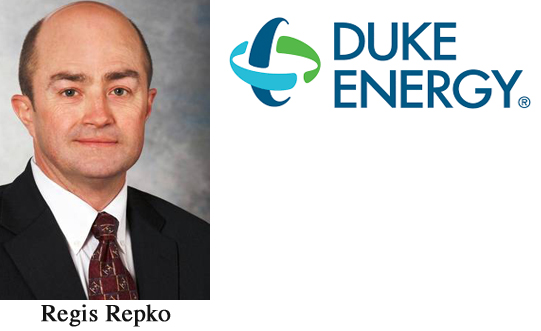 In the U.S., Duke Energy operates 30 conventional hydropower plants and two pumped-storage generation facilities for a combined installed capacity of about 3,525 MW.

Trained as a nuclear engineer, Repko currently oversees nuclear governance, projects and engineering, and previously was the company’s senior vice president for nuclear operations. He is also serving as chairperson of the Academy Council of the National Academy for Nuclear Training.

The company lists Repko as a native of Jeannette, Pa., who earned a Bachelor of Science degree in nuclear engineering from Pennsylvania State University. Repko has been employed by Duke Energy since 1985 when he joined the company as a junior engineer and was assigned to Oconee Nuclear Station, located on Lake Keowee in Oconee County, S.C.