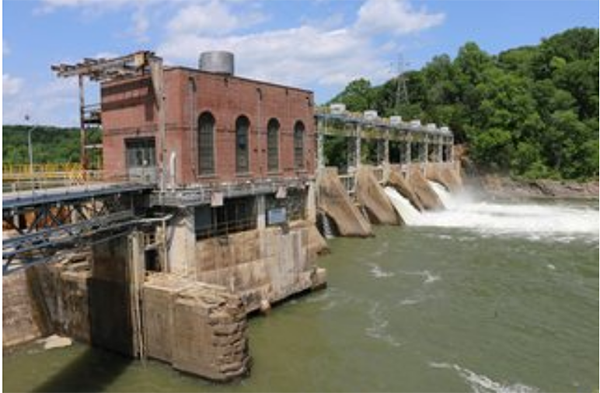 The amount of the purchase is not immediately available and although the Reusens ceased producing electricity in 2011, Eagle Creek said it has plans to restore generation at the facility.

Eagle Creek indicated restoring the facility would provide about 40,000 MWH of clean, renewable hydroelectric generation and create several new jobs in the community.

“Eagle Creek is pleased to enter the Lynchburg area and is committed to returning the Reusens hydro to service with the same level of professional safe operation practices as demonstrated by Appalachian Power for many years. We recently purchased another hydro in the area called [4.4-MW] Schoolfield hydro facility in Danville, Va. and look to grow further in this area of the country,” said Bud Cherry, Eagle Creek chief executive officer.

HydroWorld.com reported earlier this month Eagle Creek purchased facilities in Maine that included the 8-MW Anson and 20-MW Abnaki hydroelectric projects located on the Kennebec River and in November 2016 acquired the 19-MW Worumbo plant on Androscoggin River in Lisbon Falls.

The Reusens facility began operating in the mid-1830s as a canal and lock system on James River. The facility has been generating electricity since 1903, and American Gas & Electric Co. — predecessor to AEP — rebuilt the plant in the late 1920s.

Founded in 2010, Eagle Creek has acquired a portfolio of small hydro projects that have a cumulative capacity of about 180 MW.

“Appalachian Power is focused on investments in our system that best serve our customers. The sale of Reusens to Eagle Creek allows the dam to remain part of powering the central Virginia community, while enhancing our ability to focus on our core operations in Virginia,” said Chris Beam, APCo president and chief operating officer.

APCo has 1 million customers in Virginia, West Virginia and Tennessee (as AEP Appalachian Power) and also operates six other conventional hydroelectric plants and one pumped storage facility in Virginia, according to AEP.

In 2014, APCo received new licenses from the Federal Energy Regulatory Commission for its London, Marmet and Winfield hydroelectric facilities located on the Kanawha River in West Virginia, which have a total combined installed capacity of 43.6 MW. The new licenses extend the operations of these facilities by APCo through Jan. 31, 2064.