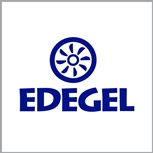 Empresa de Generacion Electrica (Edegel) recently sent a filing to securities regulator SMV indicating its board decided to stop development of the 190-MW Curibamba hydroelectric plant in Peru, according to BNamericas.

At this time, no explanation of the reasons behind this decision is available.

The plant, on the Comas and Uchubamba rivers in the central Junin region, was anticipated to cost more than US$500 million, and the US$22 million spent on associated project costs will be written off, Edegel says.

In addition, BNamericas said, “Information from energy and mining investment regulator Osinergmin shows that negotiations were underway to purchase land for the plant.”

Edegel signed the concession contract for Curibamba in 2014, with commercial operations startup scheduled for 2021.

According to its website, Edegel is the largest private electric generation company in Peru, with total effective power (not installed capacity) of 1,283.8 MW, of which 739.4 MW corresponds to hydroelectric power and 544.4 MW to thermoelectric power. The hydro plants are 73-MW Callahuanca, 153-MW Chimay, 31-MW Huampani, 258.4-MW Huinco, 120-MW Matucana, 69-MW Moyopampa, and 42.8-MW Yanango.

Edegel is a member of the Enel group.

HydroWorld.com announced in January 2009 that Peru’s Ministerio de Energia y Mines granted a concession to Edegel to perform a feasibility study of the Curibamba project, then with a capacity of 163 MW.