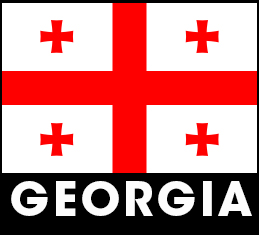 With its approval of a US$150 million loan, European Investment Bank (EIB) joins the European Bank for Reconstruction and Development (EBRD) and Asia Infrastructure Investment Bank (AIIB) in financing the $1.1 billion 280-MW Nenskra hydropower project in Georgia.

Earlier this month, HydroWorld.com reported EBRD committed a total of $230 million to the project and to date, AIIB has provided $8.7 million.

JSC Nenskra Hydro, the plant’s development company, says it is building the facility in the Nenskra and Nakra river valleys in Mestia municipality of the Svaneti region, in Northwest Georgia. The scheme includes: a 130-m-high dam that will impound Nenskra River creating Nenskra Reservoir, which will have a live storage of about 176 million m³.

The Nenskra project is one of several projects being built or developed in Georgia.

The Mestiachala 1 and 2 hydropower projects are being built on Mestiachala River in Georgia’s Samegrelo Zemo-Svaneti region.

The plants are being developed through the joint venture, Svaneti Hydro, of which the Georgia Renewable Energy Co. holds 65% of shares and Austria’s RP Global Investment holds the remaining 35%.

Another major project began in January 2017 with Georgia awarding Clean Energy Group Georgia a contract to construct and operate the 433-MW Namakhvani hydroelectric cascade, estimated to cost about $730 million.

The two-plant cascade will include the 333-MW Namakhvani and 100-Tvishi facilities in the Tskaltubo and Tsageri municipalities. The cascade powerhouses will be located on Rioni River between the existing 112.5-MW Lajanuri and 66.5-MW Gumati hydro plants.

Clean Energy Group said construction on both plants is scheduled to begin this year with an expected completion date sometime in 2021.