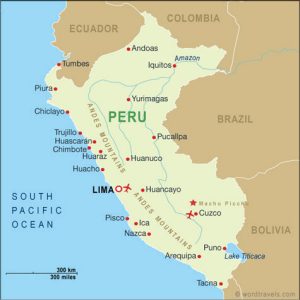 Central Hidroelectrica Huallaga Hydro (HUAHYSA) is developing the US$570 million 392-MW Huallaga 1 hydropower project in the province (city) of Huanuco, Huanuco Region, Peru. The company has until the end of March to respond to requests about the project from Peru’s Ministry of Energy and Mines (MEM) Office of Environmental Affairs, according to published reports.

BNamericas is reporting MEM environmental authorities have requested additional information about the plant this week.

MEM’s most recent request asks more than 100 questions that relate to the project’s description, influence area, compensation and community relations.

In March 2016, according to the Daily Gestion, HUAHYSA said it began the process to develop the plant in 2015 after receiving a favorable MEM opinion. The report also indicates HUAHYSA should submit executive summaries of the project to local officials governing the provinces of Huanuco and Pachitea — also located in Huanuco Region.

The project would be built in central Huanuco Region on the Huallaga River at a height of 1,592 m. The project includes a 183-m-high by 421-m-long dam, a 10.8-km-long by 6.5-m-diameter water supply tunnel and a powerhouse containing three 124-MW Francis turbines.

If approved, published reports indicate the project would take an estimated four years to complete.

HUAHYSA’s parent company is Madrid, Spain-based Grupo Ibereolica Renovables. The company reports it has two small hydropower plants online in Spain: the 1-MW Lubian and 500-kW El Pedro. Including Huallaga 1, the company said it is developing 598 MW of hydropower in Peru at a 20-MW plant in the Rioja province of San Martin Region and a 186-MW plant in the Paruro province of Cuzco Region.