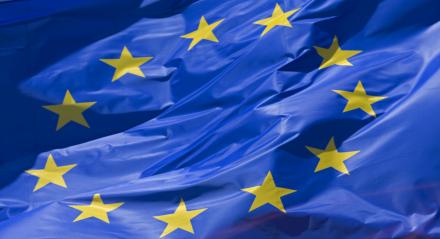 Officials from European Union’s US$329 million Interregional-5A (Interreg VA) program, which runs from 2014-2020, announced July 21 the program is funding nearly US$12 million for research in bio energy and marine renewable energy.

The Special EU Programs Body (SEUPB) will manage the program, which runs for 39 months out of the Bryden Centre at Queen’s University Belfast (QUB) in Belfast, Northern Ireland. QUB partners in the program include the University of the Highlands and Islands, Letterkenny Institute of Technology, Ulster University and Agri-Food & Biosciences Institute.

Known as the Bryden Center for Advanced Marine and Bio-Energy Research, the program will recruit 34 PhD students and six post-doctoral research associates. According to QUB, the Bryden Centre will create a virtual center of competence that will support industry-led applied/pre-commercial collaborative research on a cross-border, interregional basis that is focused on bio energy and marine renewable energy.

The program will offer a range of research opportunities in the key theme areas of biofouling, biofuels, renewables and environment (resource, interactions, impact), grid storage and techno-economics, QUB said.

The research includes the use of tidal power at Strangford Lough and the North Antrim Coast, ocean energy sites in Western Scotland, as well as the potential for wave and tidal power generation in Donegal.

In May, HydroWorld.com reported, tidal power developer DP Energy in February submitted planning applications for the 100-MW Fair Head installation, located in County Donegal in the province of Ulster, Ireland

The application would give DP Energy and partner Bluepower NV permission to install tidal turbines and transmission infrastructure off the County Antrim coast in Northern Ireland.

In 2014, from public consultation and studying the lessons of the program’s fourth iteration, Interreg IVA, and additional research of the needs of the region, EU said it prioritized strategic areas of investment by the Member States for the 2014-2020 period.

The organization identified several objectives, one of which includes the following:

Interreg VA will contribute to the objective within EU2020 of increasing the spend on research and development (R&D) to 3% of GDP by 2020, by establishing increased cross-border R&D competence building, for life and health sciences and renewable energy. Additionally, R&D into renewable energy technologies may contribute to EU2020 targets and lead to reductions in the use of carbon resources and emissions.

According to SEUPB, this is one of the core objectives of the EU’s Interreg VA program as it has allocated a total of $83 million worth of funding to enhance and develop the research and innovation capacity of businesses on both sides of the border.