The government of Australia announced it will spend about A$6 billion to purchase all shares from New South Wales and Victoria in the 3,756-MW Snowy Mountains hydropower scheme in Kosciuszko National Park, located in NSW, Australia.

If approved by Snowy Hydro’s independent Board of Directors, the federal government would become the project’s sole owner and proceed with Australia’s planned $4.5 billion Snowy Hydro expansion, Snowy 2.0 pumped hydro project, which could expand generation capacity by 50%. 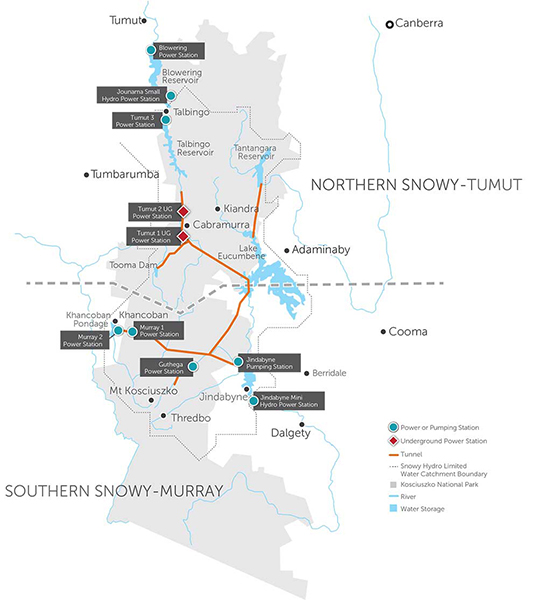 Currently, the scheme includes nine hydroelectric power projects that collect and store water, which would normally flow east to the coast, and diverts it through trans-mountain tunnels and power stations.

In a press release, the federal government said it initiated the share purchase move and announced its intentions at the 2017 Federal Budget. The deal includes a broad commitment to invest the proceeds in productive infrastructure projects, with NSW set to receive about $4.2 billion and Victoria about $2.1 billion.

Snowy Hydro owns and operates about 5,500 MW of generation capacity, including the Snowy Mountains Scheme.