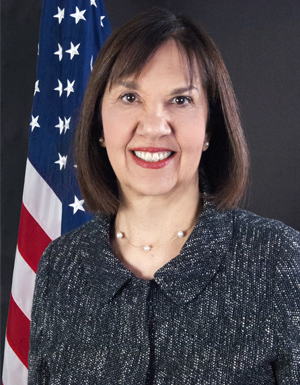 The Kleinman Center for Energy Policy at the University of Pennsylvania is awarding this year’s Carnot Prize to Cheryl LaFleur, commissioner of the Federal Energy Regulatory Commission (FERC).  She will be awarded the prize in late October, two months after her departure from the agency.

She has been at the forefront of great transitions in energy, the center says. These include the growth of domestic natural gas and the subsequent U.S. shift away from coal, the world’s growing emphasis on climate change and the development of innovative clean energy technologies.

She is the only person to lead FERC twice under two different administrations. Under the Trump administration, she has spoken out in defense of independent and fact-based decision-making, maintaining market independence and building consensus. She voted against the U.S. Department of Energy’s proposal to subsidize coal and nuclear and has supported market reforms for renewable energy storage and demand-side energy programs.

FERC is an independent agency that regulates the interstate sale and transmission of electricity, natural gas and oil. It oversees the nation’s wholesale energy markets and the reliability and security of the bulk electric system. It also reviews proposals to build liquefied natural gas (LNG) terminals and interstate natural gas pipelines as well as licensing hydropower projects.

“We are pleased to give one of the world’s most visible and esteemed awards in energy policy to Commissioner LaFleur, who thoughtfully balances the demands of economic growth and environmental protection,” said Fritz Steiner, dean and Paley Professor at the Weitzman School of Design, home of the Kleinman Center. LaFleur exemplifies “the grit that defines this prize,” said Kleinman Center Faculty Director Mark Alan Hughes. Hughes noted that in 2018 LaFleur insisted on reviewing decades-old pipeline application policies and announced that “climate impact” would now be factored into FERC’s decision process.

LaFleur is the fifth recipient of the Carnot Prize and joins a distinguished list of past winners, including: Piyush Goyal, India’s minister of railways and coal; Gina McCarthy, former administrator of the EPA; Fatih Birol, executive director of the International Energy Agency; and Daniel Yergin, author and energy expert.

Before joining FERC, LaFleur had more than 20 years of experience as a leader in the electric and natural gas industry, including her work as executive vice president and acting chief executive officer of National Grid USA. LaFleur holds a J.D. from Harvard Law.

The Carnot Prize is named in memory of French scientist Sadi Carnot, the father of thermodynamics. Carnot recognized that the power of the steam engine would “produce a great revolution” in human development. The Carnot Prize honors those leading similar energy policy revolutions that bring progress and prosperity.