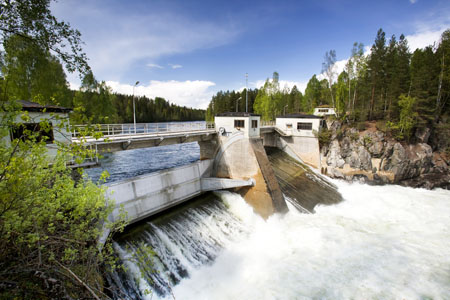 The Federal Energy Regulatory Commission on July 12 approved a Feb. 19 application from Energy Resources USA Inc. for a preliminary permit to study the feasibility of the proposed 8-MW Bosher hydroelectric project, to be located at the existing Bosher Dam on the James River about two miles southwest of Tuckahoe in Henrico County, Virginia.

The City DPU, James River Association and others questioned the need for the project, stating that the project area is already served by three major power plants and a number of co-generation plants. FERC noted that it does not condition issuance of a preliminary permit upon a finding that it is in the public interest because to make such a finding would require the information and conclusions that are to be developed during the permit phase. So it didn’t rule on that complaint.

The city of Richmond asserted that the project may interfere with its water rights, the city’s shared ownership interest in Bosher Dam and the Kanawha Canal, and various withdrawal and instream benefits provided by the James River. The City DPU and James River Association also expressed concerns related to the city’s water withdrawal rights. Said FERC: “However, the Commission does not require an applicant for a preliminary permit to acquire, as a prerequisite to receiving a permit, all rights, such as water rights, that may be necessary for the operation of the proposed project. Determining the water rights necessary for project operation is a matter to be evaluated during the permit term.”