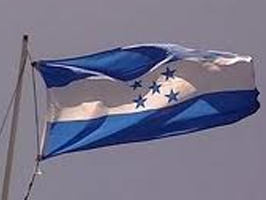 In the latest round of activities connected with financing the proposed 22-MW Agua Zarca small hydroelectric project planned for Santa Barbara and Intibuca in Honduras, The Netherlands Development Finance Co. (FMO) has decided to “suspend all activities in Honduras, effective immediately,” according to a release from the company on March 16.

FMO reportedly finances about US$86 million worth of projects in Honduras.

“Given the current situation, with ongoing violence, FMO decided to suspend all activities in Honduras, effective immediately,” the bank wrote in a statement. “This means that we will not engage in new projects or commitments and that no disbursements will be made, including the Agua Zarca project.”

Agua Zarca is being developed by Desarrollos Energeticos S.A. (DESA). It is Honduras’ largest small hydropower project to date and is being implemented as part of the country’s move from fossil fuels to renewable energy.

The Central American Bank for Economic Integration (CABEI) co-financed a loan for up to $24.4 million to DESA to partially finance the development, construction, installation and start up of the Agua Zarca project, pursuant to the global investment plan approved by CABEI.

As of now, related to the Agua Zarca hydroelectric project, FMO said, “We have called upon the Honduran government to do anything in their power to stop the ongoing violence and killings in their country.”

The U.S. Embassy in Honduras said in statement, “On behalf of the people and Government of the United States, we condemn the murder of civil society activist Nelson Garcia [on March 15]. Coming so close to the murder of his colleague, Berta Caceres, Garcia’s death is cause for particular concern.”

“We expect the Government of Honduras will fulfill its commitment to lead a thorough and fair investigation and bring anyone connected to his murder to justice,” the statement added.

After the withdrawal of Sinohydro, the IFC, FMO and Finnfund, local reports say pressure is on CABEI to suspend all support for Agua Zarca. However, CABEI has expressed confidence “that the facts surrounding the death of Caceres will be investigated and cleared by the corresponding authorities.”