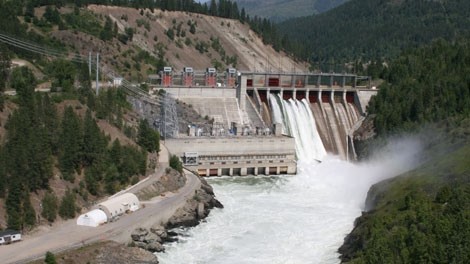 Fortis Inc. has completed the sale of its 51% interest in the 335-MW Waneta Expansion Hydroelectric Project in British Columbia, Canada, to Columbia Power Corporation (CPC) and Columbia Basin Trust (CBT) for about $1 billion.

The Waneta Expansion facility was completed in 2015. The plant is located near the Waneta Dam on the Pend d’Oreille River, and electricity generated is sold to BC Hydro and FortisBC under a 40-year power purchase agreement.

The proceeds from this transaction will be used to repay short-term borrowings and repurchase about US$400 million of the Corporation’s outstanding 3.055% notes due 2026, Fortis says.

“The sale of our interest in the Waneta Expansion helps finance the substantial growth occurring in our regulated utility businesses across North America,” said Barry Perry, president and chief executive officer, Fortis.

Fortis had 2017 revenue of C$8.3 billion and total assets of about C$50 billion as of September 30, 2018. The corporation’s 8,500 employees serve utility customers in five Canadian provinces, nine U.S. states and three Caribbean countries.