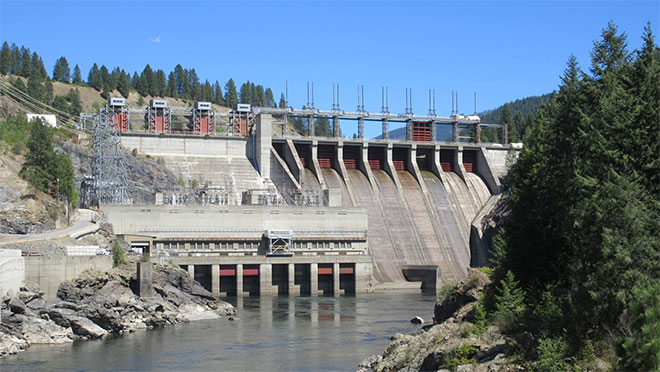 Fortis Inc. has entered into a definitive agreement with Columbia Power Corporation and Columbia Basin Trust to sell its 51% interest in the 335-MW Waneta Expansion Hydroelectric Project in British Columbia for about $1 billion.

CPC and CBT are partners with Fortis and together own 49% of the Waneta Expansion project.

As previously disclosed, Fortis expects to fund its $17.3 billion five-year capital investment plan at its North American regulated utility business with cash from operations, debt raised at its utilities, common equity from the corporation’s dividend reinvestment plan and $1 billion to $2 billion of proceeds from non-core asset sales.

“The sale of our interest in the Waneta Expansion helps finance the substantial growth occurring in our regulated utility business, including growth in British Columbia,” said Barry Perry, president and chief executive officer of Fortis. “This transaction completes the asset sale funding component of our five-year capital investment plan.”

Fortis expects the transaction to close within 90 days. Closing is subject to the satisfaction of customary closing conditions for a transaction of this nature and the receipt of routine approvals.

With its partners, Fortis constructed the hydroelectric generating facility expansion ahead of time and on budget and, through FortisBC Inc., has operated the facility since it went into production in 2015. The facility is located near the Waneta Dam on the Pend d’Oreille River, and electricity generated is sold to BC Hydro and FortisBC under a 40-year power purchase agreement. FortisBC will continue to operate the Waneta Expansion facility and purchase its surplus capacity.

CPC and CBT are both 100% owned by the government of British Columbia.

Fortis had 2017 revenue of C$8.3 billion and total assets of about C$50 billion as of September 30, 2018. The corporation’s 8,500 employees serve utility customers in five Canadian provinces, nine U.S. states and three Caribbean countries.