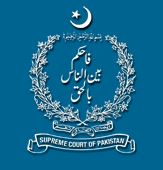 Nearly INR1 billion (US$14.3 million) has been raised in just over a month to build the Diamer Basha and Mohmand dams in Pakistan.

As of August 17, the Supreme Court of Pakistan Diamer Basha and Mohmand Dam Fund, at the State Bank of Pakistan, stood at INR964,228,751. The fund was established July 4 by a INR1 million donation from the personal account of Hon’ble Chief Justice of Pakistan Mian Saqib Nisar, following a decision by the court that said “construction of the dams could be implemented in letter and spirit.”

The most recent donation came from the chief executive of Murree Brewery. Other donors include the Pakistan Broadcasters Association and the Punjab Caretaker Minister, Agriculture, Food, Planning and Development. All employees of the Supreme Court announced that officers would donate two days’ salary and staff would donate one day’s salary.

The fund may receive donations from domestic and internationals donors.

The Supreme Court has said it “will provide full support in implementation of Diamer Basha and Mohmand Dam Projects” because “the nation cannot afford to waste even a minute in mitigating the water shortages, therefore, timely completion of these projects is a must and everyone will have to play the due role in this regard.” Both dams will have cumulative gross water storage capacity of 9.3 million acre-feet. They also will contribute 5,300 MW in low-cost hydroelectric capacity.

On Aug. 7, Lt. Gen Muzammil Hussain, chairman of the Implementation Committee of Diamer Basha and Mohmand Dams and Pakistan Water and Power Development Authority, briefed a four-member bench of the Supreme Court on the committee’s progress.

During his brief on “measures initiated for ensuring early commencement of construction work on Diamer Basha and Mohmand Dam projects,” Hussain said the legal framework and terms of reference of the committee had been drafted and seven sub-committees had been formed to identify impediments that may hinder the projects and the ways and means to remove those hurdles.

The committee says construction work is expected to commence in early 2019.

Hussain also said that this committee “has achieved in four weeks what could not be achieved in a decade of Hon’ble Supreme Court had not passed an order for construction of these dams.”

This bench of the Supreme Court said it would act as Monitoring Bench for overall implementation of the two dams.

Other hydro projects have been brought to completion in Pakistan, the most recent being 969-MW Neelum Jhelum on the Jhelum River.

Diamer Basha (or Bhasha) on the Indus River has had a challenging past, with Pakistan removing this 4,500-MW hydro project from consideration in the China-Pakistan Economic Corridor infrastructure package in November 2017.

At that time, Diamer Basha was planned to include a 272-meter-tall roller-compacted-concrete dam, two diversion tunnels, two underground powerhouses each with a capacity of 2,250 MW, a permanent access bridge, and hydromechanical and steel structural equipment.

Mohmand (previously called Munda) on the Swat River is reported to be a concrete-faced rockfill dam impounding water for a powerhouse with a total capacity of 740 MW.