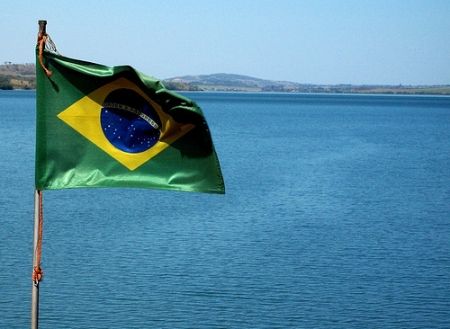 GE Renewable Energy has been awarded contracts by Atiaia Energia S.A. to equip a pair of hydropower plants in Brazil’s Mato Grosso do Sul state.

The deal will see GE Renewable Energy outfit the Areado and Bandeirante projects, located on the Indaia Grande and Sucuriu rivers, respectively, in time for their completions in Fall 2019.

The company said it will provide three 9.65 MW S-Kaplan turbines, a horizontal generator and governor for the 28-MW Bandeirante, and two similar units for the 18.6-MW Areado.

“We are extremely proud and honored to have been chosen by Atiaia Energia for those two small hydropower plants’ contracts,” said Mauro Cruz, general manager for the company’s Latin American hydro business. “Bandeirante and Areado will soon be key references to showcase.”

Brazil’s small hydropower market is ripe for picking, according to GE data, with just 98 GW-worth of an estimated 152 GW of potential having been exploited.