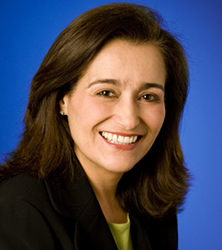 The Board of Directors for California-based hydro plant owner Pacific Gas and Electric Corp. elected Geisha Williams as its chief executive officer and president on Nov. 14.

Williams, age 55, is currently president, Electric of PG&E, which is PG&E’s utility subsidiary.

Current PG&E Chairman, CEO and President Tony Earley Jr., 67, was elected to serve as executive chair of the Board of Directors.

In addition, Nickolas Stavropoulos, 58, currently president, Gas of PG&E, was elected to serve as president and CEO.

The new roles are effective March 1, 2017. The currently separate roles of president for the gas and electric businesses are being consolidated into the single utility president role that Stavropoulos will hold.

“I am honored to have the opportunity to lead the extraordinary 23,000 employees of PG&E and to support their efforts to safely serve 16 million Californians,” said Williams in a press release.

“We are in a period of tremendous and accelerating change in our industry, driven by technology, competitive forces and public policy objectives around clean energy. We are well positioned for these changes and well positioned for growth with substantial infrastructure investments focused on continuing to enhance the safety and reliability of our system while enabling California’s clean energy economy.”