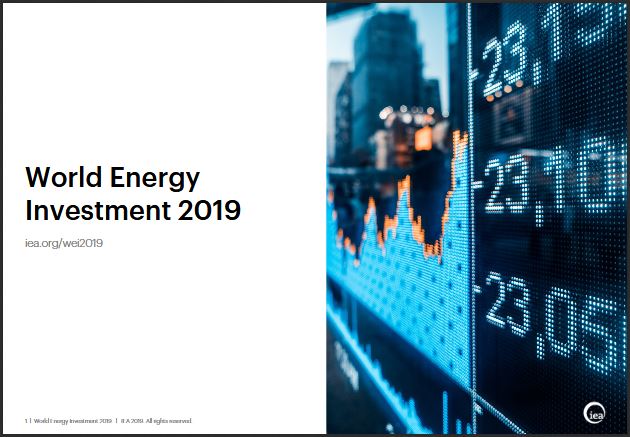 In 2018, global energy investment stabilized at over US$1.8 trillion after three years of decline, according to the World Energy Investment 2019 report from the International Energy Agency. More spending on oil, gas and coal supply was offset by lower spending on fossil-fuel based generation and renewable power. Efficiency spending was unchanged. Power still attracted the most investment, exceeding oil and gas for a third year in a row.

Specific to hydropower, global investment in 2018 rose slightly from 2017, standing at just over US$50 billion. For purposes of this report, hydropower includes pumped storage.

Overall, the report says, on a cost-adjusted basis, investment activity increases were strongest in solar PV and wind, benefitting from falling costs and higher deployment, particularly versus five years ago, although this trend paused in 2018. The difference in spending and cost-adjusted investment was less evident in hydropower, IEA says, where additions have slowed and a greater part of development has been in higher cost areas.

Related to costs, the report says: For hydropower, where costs are location-specific, the share of deployment in China has decreased over the past decade, raising the global weighted average. Within different regions, costs have changed little. Construction times for new capacity have risen, reflecting generally larger plant sizes but also land and water management requirements that can increase project complexity.

Also, final investment decisions or FIDs (i.e. decisions to start construction for the first time) for the main sources of large-scale dispatchable power — coal, gas, nuclear, and hydropower — fell by a quarter in 2018 to 90 GW, 55% lower than in 2010. FIDs for the largest sources of low-carbon dispatchable generation — hydropower and nuclear — were 40% lower than in 2017. Pumped hydro accounted for the majority of hydro projects taking FID in 2018 for the first time.