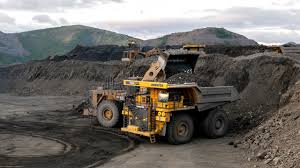 PJSC Polyus announces that an agreement for the supply of electricity from the 5,100-MW Sayano-Shushenskaya hydropower plant to Polyus’ Krasnoyarsk Business Unit (KBU) has been signed with plant owner PJSC RusHydro.

The agreement assumes the provision of about 1 billion kWh of energy to KBU in 2021.

Polyus is the world’s fourth-largest gold mining company by production volumes and one of two gold miners with the largest attributable gold reserves, according to a press release. The company’s principal operations are located in Siberia and the Russian Far East: Krasnoyarsk, Irkutsk and Magadan regions and the Republic of Sakha (Yakutia).

Once supplies under this contract commence, Polyus says that 100% of the electricity consumed by its largest-producing assets, Olimpiada and Blagodatnoye, will be renewable. Based on this estimate, KBU expects to reduce greenhouse gas (GHG) emissions in 2021 by almost half, while company-wide GHG emissions may decrease by a third compared to the previous year. As a result, up to 90% of the electricity demand of the company’s operating assets will now be met by renewable sources.

The agreement will cover the period until Dec. 31, 2021, with the possibility of an extension.

In 2020, Polyus and RusHydro signed a five-year bilateral agreement for the sale and purchase of electricity produced by hydroelectric power plants on the territory of a technologically isolated electric power system in the Magadan region. The electricity supplied under this agreement is greater than 300 million kWh per year.

“This deal marks the transition of Polyus’ core business unit to renewable energy sources and represents a landmark event for our company,” said Pavel Grachev, chief executive officer of PJSC Polyus. “Climate change is a global challenge, and it is important that as a responsible business we support the decarbonization of the global economy. For this reason, we are choosing to power our production assets with energy sources that will minimize our greenhouse gas emissions.”

“For RusHydro, the signing of this agreement is testament to the high demand for environmentally friendly renewable electricity generated by our hydropower plants,” said Viktor Khmarin, chairman of the Management Board and general director of PJSC RusHydro. “We are witnessing growing interest for supply contracts for energy generated at our HPPs from industrial companies aiming to decarbonize their production, and we will ramp up our work in this area in order to achieve common goals on mutually beneficial terms.”