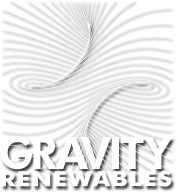 The facility is more than 100 years old and former owner Duncan Broatch will continue to manage plant operations and “assist in a variety of other efforts for Gravity,” according to a press release.

The Wyre Wynd facility was original built to power Aspinook Mills, a textile manufacturer that operated from 1893 to 1964. Southwire purchased the site in 1970 and manufactured wire products on site. In 1983, a new powerhouse was built and new equipment installed. Summit Hydropower Inc., with Broatch as its president, purchased the site in 1997 and “made the project more reliable and efficient with major repairs and upgrades.”

Gravity Renewables is an owner, operator and developer of small hydroelectric power plants. The company has more than 30 MW of hydro operating and under development across the U.S.