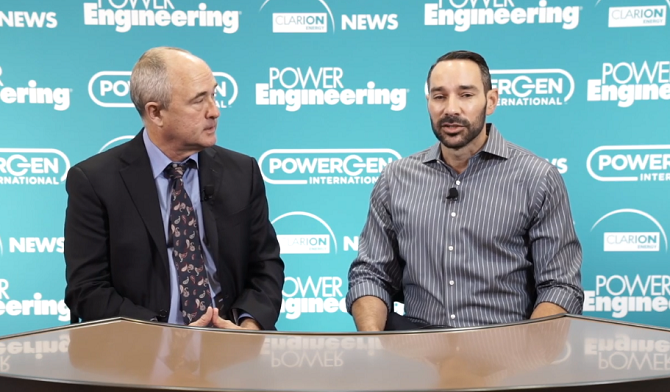 New Orleans is a glorious destination for those who want to eat great food, hear great music and have great conversations.

It was no different when POWERGEN International was there over the third week in November. More than 10,000 attendees from around the world filled the Morial Convention Center to hear about new projects, lessons learned, network and start the road toward making new deals that benefit the power generation industry in the future.

Your humble and hard-working PGI content crew was all over it, meeting with dozens of people from utilities, service companies, associations and leaders representing global entities. These were intensely interesting and friendly encounters focused on learning all we could to help make POWERGEN better.

And we have the video to prove it. On our Power Engineering video page we have 20 short, taped interviews featuring experts from such utilities as Entergy, NRG Energy, Public Service Co. of Oklahoma, Southern Co., Portland General Electric and AES.

“Knowledge is power,” AES plant manager and project director Ron Rodrique said in one of the videos, talking about updating worker’s skills in this age of digital transformation. “It’s something that’s continuous.”

We also talked to plenty of representatives from leading companies in the sector, including Doosan Portable Power, JERA Americas, Black & Veatch, Uniper, Rockwell Automation and UL (see this video below).

Carrie Hitt, executive director of the National Offshore Wind Research and Development Consortium, talked about states trying to meet lofty offshore wind targets. “The only way you get there is to put those targets out there and work toward them,” she said.

The collection combines the well-established companies and the up-and-comers. To take that to an even fresher level, we talked to the startups which won our inaugural Initiate! competition.

Most of the interviews are only between 3 and 4 minutes long. Hopefully you’ll find more than a few that are enlightening and give some of the insights gained at POWERGEN International in New Orleans.