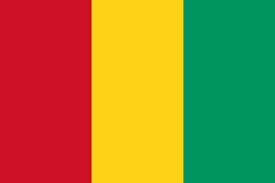 The energy ministry of Guinea is reportedly looking to partner with a Chinese company to build the 550-MW Souapiti hydro project. This is according to ESI Africa, Africa’s Power Journal.

Souapiti, on the Konkoure River, is expected to cost about $2 billion, and its completion would almost double the country’s electricity generation output.

ESI Africa says Lansana Fofana with the energy ministry indicated the country is looking to partner with China International Water & Electric Corp. (CWE). There are no indications of any action in this direction on CWE’s website. However, ESI Africa also reported that Jiahua Liu, CWE’s most senior official at the 240-MW Kaleta Dam project (which the company developed) in Guinea, said CWE is interested in getting involved with Souapiti.

Studies of Souapiti were performed dating back to 1999, and in 2015 the West African Power Pool sought consultants to update a feasibility study and determine the best technical option for development.

In 2014, HydroWorld.com reported that Guinea’s Ministry of Energy and Hydraulics said the country is known for having the largest hydropower potential in West Africa, with capacity estimated at 6,000 MW.

Hydroneo Afrique and African Infrastructure Investment Managers are partnering to develop a pipeline of small hydro plants across Africa, including in Guinea.