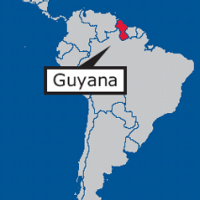 Guyana’s government has issued a request for proposals (RFP) to restart work on the 165-MW Amaila Falls hydro project, according to BNamericas.

In February, finance minister Ashni Singh announced plans to dust off the project as part of the government plan of President Irfaan Ali, who took office in August 2020.

The previous administration shelved Amaila Falls due to the high price tag (US$860 million to 1 billion, according to some estimates) that led to legislative opposition. In 2013, amid uncertain support for Amaila Falls, Sithe Global/Blackstone withdrew as developer.

RFP submissions must contain a response to each of two options:

A 20-year build, own, operate and transfer contract, with all project costs to commissioning being borne by the developer and reverting the hydro to the government at no cost.

A design, build and finance scheme whereby all financing is funded by the developer and the government will only take over the project and make repayment on satisfactory completion of construction and commissioning.

The Amaila Falls development includes a 270-km-long, 230-kV transmission line, two substations, a 23 km2 storage reservoir, 85 km of new roads and bridges, and the overhaul of an existing 122 km of roads and bridges. The government envisions construction startup in the second half of 2022 and commissioning by end 2025.

The RFP deadline is Sept. 26, according to the procurement notice.

The government highlights that Guyana Power & Light’s plan forecasts that 465 MW of new capacity will be required in 2025, which would be covered with Amaila Falls as well as natural gas-fired power generation, among other sources.

The bulk of Guyana’s electricity comes from fuel oil-fired power plants, with renewable energy limited to small-scale, off-grid units. The country’s Green State Development Strategy calls for renewable energy to account for 65% by 2035.