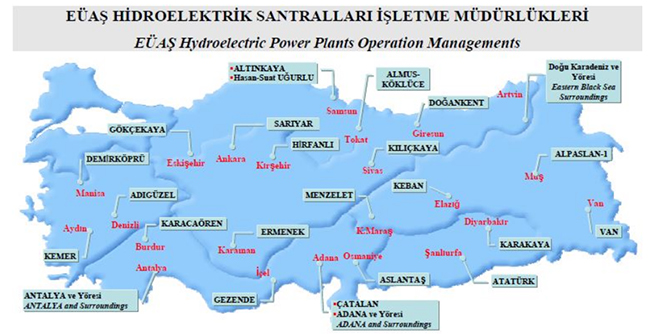 Canada-based engineering and development consultancy, Hatch, announced this week it is involved in Turkey in a pilot program. Hatch said the program has the potential for a best practices model to improve, monitor and evaluate hydropower assets, and life extension and modernization (LEM) projects in the region and around the world.

According to Hatch, Turkey’s Ministry of Energy and Natural Resources assigned Hatch to a LEM pilot program at the 276-MW Gokcekaya facility in the county’s capital city of Ankara and the 160-MW Sariyar hydropower plant located in Eskishehr, a city in northwestern Turkey.

The amount of the assignment is not immediately available, and work has begun on the project and is expected to complete by the end of 2017.

“This is the first project for Hatch’s Waterpower team in the region,” said Stuart Bridgeman, Hatch project manager.

Hatch said it will perform an initial condition assessment of hydropower plant equipment and instrumentation; reinstate real-time flow measurement equipment; execute a baseline performance test on one unit in each plant; and complete an asset management review on each generating unit

Hatch will work in conjunction with Elektrik Uretim (EUAS), the partially government-controlled and largest electric company in Turkey.

“Hydropower remains a central component of the global energy mix and as fleets age and monitoring systems deteriorate, performance can often be compromised,” Bridgeman said. “This pilot program has the potential to be used as a model of best practice to improve, monitor, and evaluate hydropower assets and LEM projects in both the region and around the world and we are thrilled to be part of it.”

Information from the International Hydropower Association estimates there is now up to 15 GW of new capacity currently under construction in Turkey, including the 540-MW Yusufeli, 517-MW Cetin and 180-MW Kigi projects.

The 102-MW Kargi project was commissioned in August 2015.

According to IHA, in 2014, Turkey commissioned seven projects (not including micro hydro schemes), including the 245-MW Arkun Baraji, 190-MW Kavsak Bendi and 88-MW Yamanly stations.