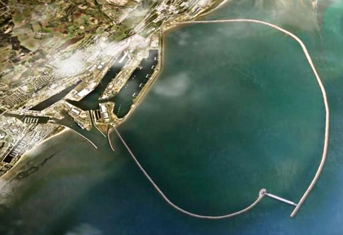 Parliament is under fire for its lack of action in issuing a response to an independent review of the Swansea Bay Tidal Lagoon in Wales, potentially thwarting investments into the 320 MW proposal.

The study, led by former Minister of Energy Charles Hendry, was submitted for review in January and notes Swansea Bay — and the emerging tidal energy sector as a whole — could be of immense economic opportunity for the UK.

Parliament has remained mum on the report, however, prompting some members to call for government action lest financiers walk away from what is projected to be a US$1.7 billion investment.

“Wales has a once-in-a-generation opportunity to become the world leader in tidal lagoons,” said Christina Rees, Member of Parliament for Neath. “Welsh Labour MPs, the Welsh Labour Government and many public faces and campaigners have declared that they ‘Love the Lagoon’, so why are the government refusing to publish their response to the Hendry review, and, in so doing, putting the project at risk?”

The project was previously accepted for consideration by the UK’s Planning Inspectorate in March 2014 when it qualified as a Nationally Significant Infrastructure Project under the UK’s Planning Act of 2008, and its developer, Tidal Lagoon Swansea Bay PLC, received planning consent from the Department of Energy & Climate Change in June 2015.

“It has been eight months since the publication of the review,” said Rachel Reeves, Labour Member of Parliament for Leeds West. “Can the minister say now when the government will publish its response, as there is a very real risk that the investors needed to fund this project will walk away unless there is a decision made very soon?”

Speaking in response to Rees, Reeves and others, Welsh Conservative Party member Guto Bebb, MP for Aberconwy, was vague in affirming the government’s commitment to the project.

What’s at stake
The economic implications for establishing the UK as a leader in marine energy design and manufacturing via projects like Swansea Bay are massive, per a number of studies conducted to support the sector as it rolls toward commercial viability.

Previous reports from the Crown Estate have estimated the marine hydrokinetic (MHK) market could equate to more than $6.8 billion in UK exports by 2050, with even more significant gains projected by Tidal Lagoon Power — which, aside from developing the Swansea Bay plant, is already assessing the feasibility of similar installations at five other UK sites.

According to a TLP report issued last October, the domestic market alone for Swansea Bay and other tidal lagoons would be worth an estimated $21.7 billion for turbines and generators, and $30.6 billion for turbine housings, in addition to more than $38 billion in combined exports.

Meanwhile, a 2015 report from Marine Energy Pembrokeshire noted that investments into the MHK supply chain had already contributed $27.6 million for tidal stream energy; $22.4 million for tidal range energy and $1.5 million for wave energy into the Welsh economy alone.

“It is time, now, to stop talking and start delivering for Wales,” said Albert Owen, MP for Ynys Mon. “I urge the Wales Office to stand up for Wales on this project and deliver for Wales.”

Swansea so far
Though Tidal Lagoon Power once said commercial operation at the Swansea plant would begin in 2019, a move that saw the developer part ways with China Harbour Engineering as the project’s preferred bidder last May have cast some doubt over that startup date.

Still, TLP has made other strides in bringing the project to fruition — first by selecting a consortium comprised of General Electric and Andritz Hydro as preferred bidder to supply electromechanical equipment in 2015 and then Atkins Global as client’s engineer in 2014.

TLP also announced that insurer and financial services firm Prudential had agreed to become a “cornerstone investor” for the project in 2014.

If constructed, the Swansea Bay Tidal Lagoon would include a 9.5-kilometer lon, U-shaped breakwater that would be dotted with 16 turbines along its length. Rising and falling tides would provide the kinetic motion needed for energy production.

The developer said the project would be capable of generating power for 155,000 Welsh homes, with a life expectancy of 120 years.