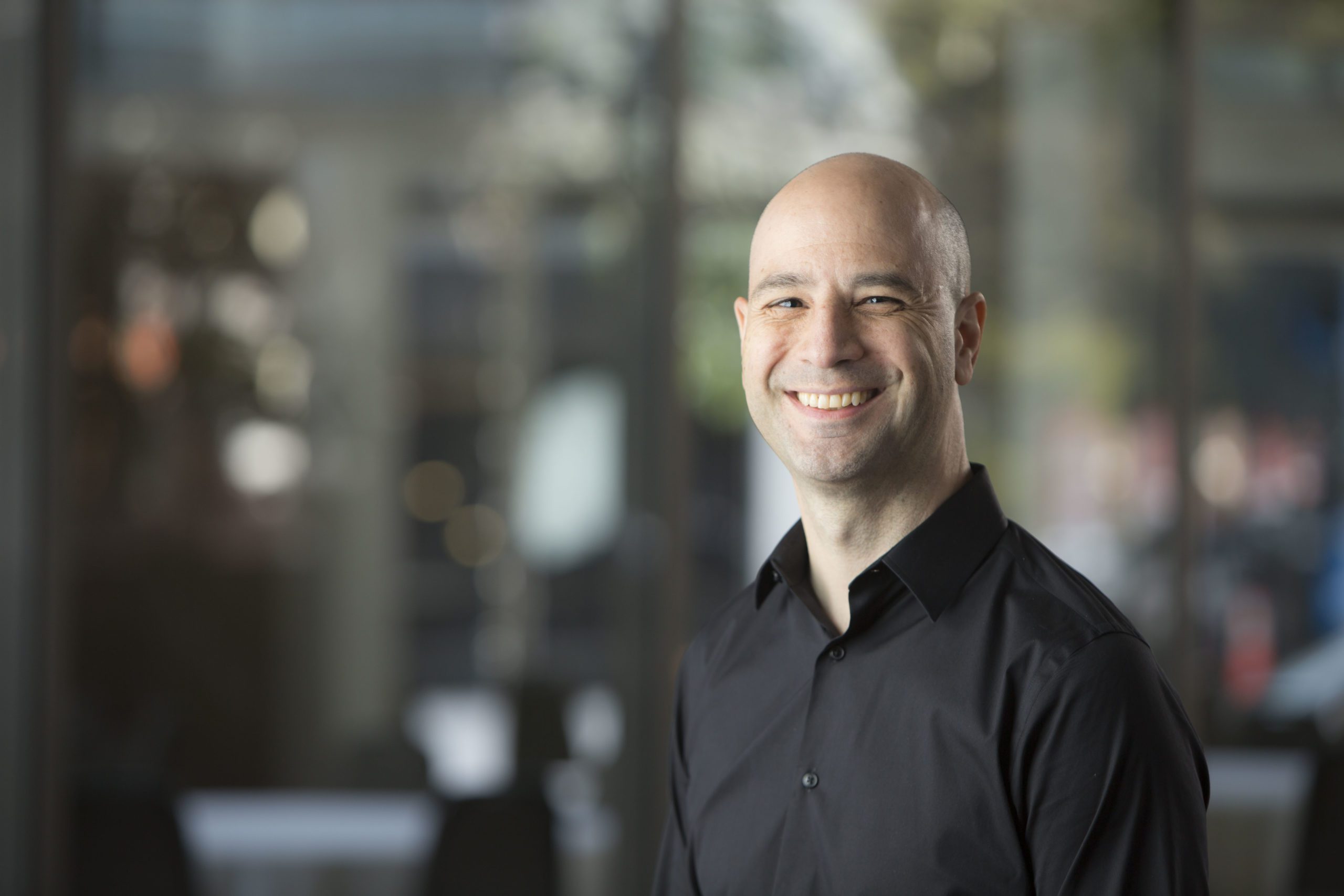 He joined Northwest RiverPartners in March 2019 and has become a prolific voice in the clean energy and hydropower space for the Pacific Northwest region. Miller spearheads the organization’s work to educate the public and policymakers about the important role of hydroelectricity in the region. His work involves collaboration and conversations with member organizations, Native American tribes, communities, agencies and businesses to achieve common goals.

Northwest RiverPartners leverages science-based research and analytics to help the region and its policymakers can reach informed decisions and provides balanced insights and recommendations around the decades-long threat to the lower Snake River dams.

Previously, Miller worked for Portland General Electric for years in a variety of roles, most recently as organization change manager for the Integrated Operations Center project. Before that, he was a vice president with Eurobrokers and trader/economist with the Bonneville Power Administration.

In this exclusive interview, Miller shares his outlook on fish issues, how the organization supports hydropower in the region and what the future may hold for hydroelectric power in the Pacific Northwest. He also is scheduled to speak during the opening keynote session at HYDROVISION International 2022, next July in Denver, Colo., U.S.

Q: Please give our readers an overview of Northwest RiverPartners.

Miller: Northwest RiverPartners was born out of the Pacific Northwest’s public power community in 2005. The Pacific Northwest generates roughly 40% of the nation’s hydroelectricity, and almost every community-owned utility in the region depends on hydropower to serve its customers/members. So, hydropower is really important here, and our members recognize the need to educate the public and policymakers about its value. This is especially true, given significant political efforts across the region to remove productive hydropower dams.

We are focused on raising awareness about how the Northwest’s hydropower system betters communities and the natural environment, and we encourage science-based solutions that help hydropower and salmon coexist and thrive.

We have nearly 100 supporting members across the states of Washington, Oregon, Idaho, Montana, Wyoming and Nevada, collectively representing about 3 million customers. Our diverse membership base also includes farmers, ports and businesses across the region that support clean energy and low-carbon transportation.

Q: Initially Northwest RiverPartners was established to aid in salmon recovery in the U.S. Pacific Northwest. How and why did its role evolve from there?

Miller: The consistent scientific data conveying the dire threat that ocean warming, caused by climate change, represents to the future of Pacific salmon survival has significantly influenced our mission. We also embrace the importance of a reliable, affordable and clean electric grid for the entire Pacific Northwest and especially disadvantaged communities. Salmon recovery solutions must be looked at through a holistic lens that considers the impact of such decisions on the livelihoods and safety of everyone.

Q: Speaking of fish issues, how important is that in your current work and focus?

Miller: Our organization was initially named the Coalition for Smart Salmon Recovery, and we still adhere to those same basic principles. People from other regions of the country may not be aware of how critically important salmon are to our Pacific Northwest identity, and more significantly to the identity, culture and health of Northwest Native American tribes. It’s not an overstatement to say that salmon are sacred here. Northwest RiverPartners embraces that belief but also recognizes that there are many different factors that drive salmon health. We need policies that look at the larger context. For example, chinook salmon survival rates are dwindling up and down the North American West Coast, whether salmon are returning to rivers with dams or to free-flowing rivers. The thing they have in common is climate change. The United Nations Intergovernmental Panel refers to a period of 50 years of unabated ocean warming as the driver for decreased marine fish populations across the globe. If they are right, then the best solution for salmon is to further decarbonize our grid and our economy.

Q: You’ve been with Northwest RiverPartners since March 2019. What accomplishment are you most proud of?

Miller: It’s a great honor to represent so many communities across the Pacific Northwest. I recently took a road trip across the Northwest with my daughter, and we drove through so many different communities that are Northwest RiverPartners members. I take that responsibility to heart. We’ve added quite a few community-owned utilities since I started, as well as other organizations that support clean energy and low-carbon transportation. Our members have been more than just dues-paying supporters. They have collaborated with us to raise funds for a major digital media campaign, “Our Power is Water,” over the past two years. They’ve also partnered with us in sending letters to the Northwest congressional delegation and to presidential administrations. And we’ve forged new relationships with Northwest Native American tribes and representative organizations. It all gives me hope that more can be accomplished.

Q: I know hydropower is the backbone of the energy generation system in the Pacific Northwest. Do you see its role changing significantly as more intermittent wind and solar facilities are built?

Miller: The electric grid has changed so much over the past 20 years. We went from having almost no wind generation to roughly 9,000 MW of nameplate wind generation over that period. It completely changed the way utilities value hydropower. Before, hydropower represented more of an energy resource, but now its importance as a capacity resource has become paramount. In other words, hydropower’s ability to alter its output to keep supply and demand in perfect balance, given wind power’s intermittency, is truly valued.

Forecasters believe that solar power from California and the Desert Southwest will continue to grow by leaps and bounds in the coming years. In this scenario, the Northwest’s hydropower system will act as a giant clean energy battery that holds back water during sunlight hours and then releases it during evening hours to keep the entire Western Grid in balance. The more intermittent resources become, the more hydropower’s value will grow.

Q: Is there a potential future where more hydropower is developed in the region, perhaps pumped storage?

Miller: If we are truly headed toward a zero-carbon electric grid, we’ll need a diverse mix of storage resources, including batteries, traditional hydro and pumped storage to make it all work. I think at least one pumped storage project is very likely to be built in the Pacific Northwest.

Q: What are the hottest topics you are dealing with right now with regard to hydroelectric power?

Miller: We are in the Pacific Northwest, where people are very politically active. There is a major, organized political effort to breach the lower Snake River dams due to the belief by some that doing so could help salmon. However, the science on this topic is very mixed. Major improvements in salmon passage have been made at the lower Snake River dams and the lower Columbia River dams over the past 20 years. According to government projections, the benefits to salmon from dam breaching would be quite minor. Given that we are far behind as a nation in our decarbonization goals, it just doesn’t make sense to remove productive hydroelectric resources, especially in the context of warming ocean conditions and their effect on salmon. We believe that if the lower Snake River dams are breached, it will provide a framework for the removal of other productive hydropower dams across the nation, and that would be devastating to our clean energy goals. We’re doing everything we can to raise awareness of these issues to policy leaders and the public on this important topic.

Q: How can others in the industry best advocate for this valuable renewable resource and its vital role in the region’s power generation mix?

Miller: Candidly, we need more members and partners. The more voices we have, the more policymakers are likely to listen.

Q: You are speaking during the opening keynote session upcoming at HYDROVISION International 2022. Can you give us a sneak peek into a couple of the hot topics for Northwest RiverPartners that you plan to cover?

The anti-hydro narrative has greatly escalated, with influential groups launching political efforts pushing to breach the lower Snake River dams in eastern Washington — dams that are critical to our affordable and carbon-free future. While their intentions are good, this outcome would be devastating, particularly in the Pacific Northwest, where hydropower continues to be a driving force for empowering diverse communities and supporting a reliable and affordable clean energy grid.

Given the importance of the current debate, I believe that our regional discussions will prove to be a blueprint in deciding the role that hydropower plays in our clean energy future, not just in the Pacific Northwest, but across the U.S and potentially further afield.