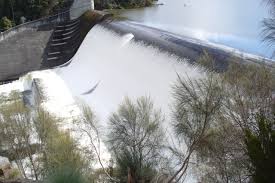 Despite the challenges of COVID-19, Hydro Tasmania has delivered a strong profit, record safety results and increased community support, per its 2019-20 Annual Report.

Hydro Tasmania’s annual profit of $172 million was 54% above budget, said Chairman Grant Every-Burns. “Good rains throughout the year meant we could increase energy generation to take advantage of good prices in the National Electricity Market, but it takes a lot of hard work to ensure our business is in the right position to capitalize on favorable conditions,” he said. “Tasmanians expect us to look after their interests and during the current economic downturn we recognize there is a need to do more, so we’ve forged ahead with our major projects, brought others forward and accelerated our payment of invoices to get money into the community faster.

“But through good times and bad, we always consider our people to be our most valuable asset, so a record safety measure of 4.24 Total Recordable Injury Frequency Rate this year is especially pleasing, given the threat of COVID-19.”

Newly appointed Chief Executive Officer Evangelista Albertini echoed the chairman’s sentiment on the efforts of Hydro Tasmania’s people during COVID-19. “The fast thinking, innovation and hard work of our people has provided Tasmanians the confidence of knowing this essential service remains reliable,” Albertini said. “There are significant challenges ahead due to the volatile and competitive nature of the wholesale energy market, and uncertainties as the nation transitions to a clean energy future.

“In this past year, we’ve categorically demonstrated the value that the Battery of the Nation opportunity brings to Tasmania and the important increase in renewable energy production it provides to the rest of the country, which is why we’ve accelerated our investigation of three sites for potential pumped hydro development and continued large scale investment to upgrade and modernise our existing hydro infrastructure.”

Other highlights from the 2019-20 Annual Report include: