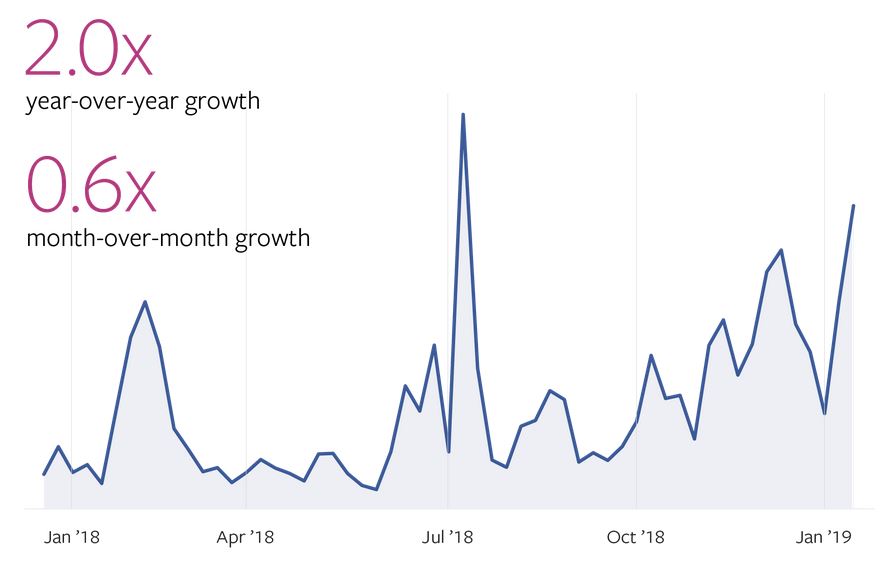 “Hydroelectricity is a form of energy that leverages the power of water. It’s generally considered a low-cost, renewable energy solution. In hydroelectric power plants, water flows into a turbine that generates electricity. In light of environmental concerns, people seem to have a growing interest in climate science, looking to understand the pros and cons of various renewable energy systems and possibilities for these systems in the future.”

The topic experienced 2x year-over-year growth and 0.6x month-over-month growth. Facebook’s statistics say men over age 65 are leading the conversation, with significant interest among women over age 65 and men ages 50 to 64.