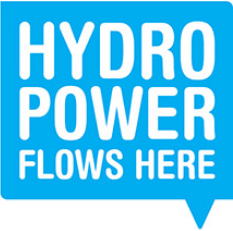 Bonneville Power Administration today announced it is beginning “Hydropower Flows Here,” a program intended to share information about the various attributes of hydropower as a renewable, clean, reliable source of electricity that powers nearly 60% of Northwest homes and businesses, according to Dan James, BPA deputy administrator.

Through “Hydropower Flows Here,” several supporting organizations will share facts and images about hydropower via social media and events throughout the region.

According to BPA, several utility customer representatives in the Northwest that have signed on to be proponents of this hydropower effort include: Northwest Requirement Utilities, Northwest RiverPartners, Pacific Northwest Utilities Conference Committee, PNGC Power, Public Power Council and Washington Public Utility District Association, as well as dozens of utilities across four states.

In its announcement, BPA said hydroelectric dams in the Northwest produce more electricity than any other North American river system. And, hydropower accounts for almost 90% of renewable energy in the Pacific Northwest.

“We want to remind residents that the next time you turn on the light switch, make a pot of coffee or charge your electric vehicle, ‘Hydropower Flows Here,’” James said.

In February, BPA was one of the organizations that invested in the future of hydropower as a sponsor of the inaugural “Hiring for Hydro” event sponsored by the Hydro Research Foundation. The event was part of Northwest Hydroelectric Association’s 36th Annual Conference, which was themed, “Hydropower, the Cornerstone of Clean Energy.”

The event focused on attracting new electrical workforce entrants and was attended by 45 students and professors from nine Northwest colleges. The attendees, who will “generate hydropower’s future” workforce, drew industry members and their recruiters from the conference.

BPA is also involved in prioritizing hydropower’s impact on the environment.

In August 2016, the U.S. Army Corps of Engineers awarded a US$2.593 million contract to Northbank Civil and Marine Inc. for the Lamprey Passage Structures Washington Shore Fish Ladder project, constructed at the scheme. 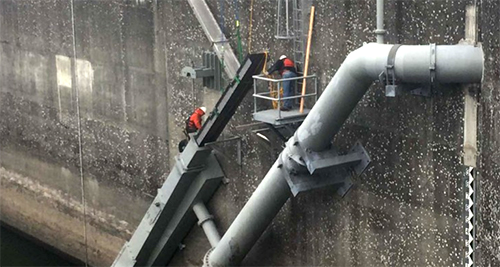 According to Northbank Civil and Marine, the work included construction of new lamprey passage systems as well as modifications to the existing lamprey passage systems. Modifications to the existing systems included upgrading existing components from research-grade to permanent installation (i.e., adding pump intake screens, improvements to counting systems and improvements to operation and maintenance functionality).

All work was completed in the required fish window from December 2016 through February 2017.

“Clean and reliable hydropower is a big part of where we live,” said Scott Corwin, executive director of the Public Power Council, one of the proponents “Hydropower Flows Here.” “It is good to see BPA educating on this important regional resource.”